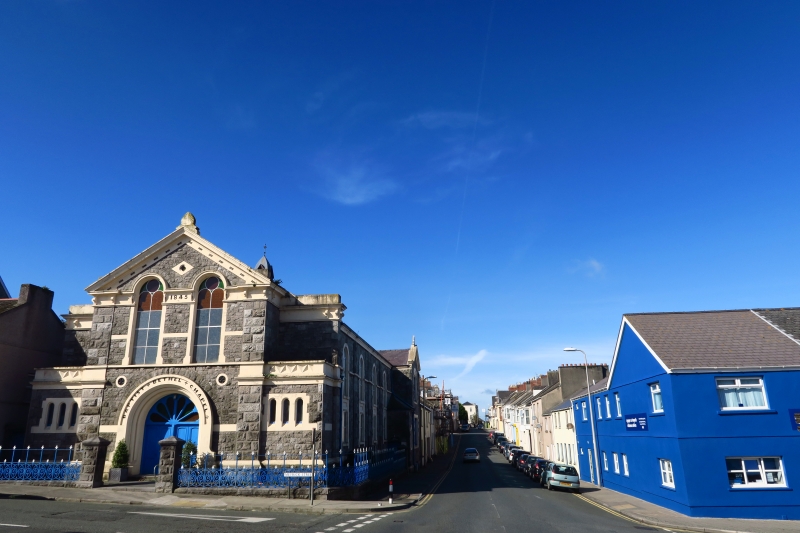 Location: Situated on corner of Upper Meyrick and Bush Streets.

Elaborate unaltered interior of nave and aisles form, with thin iron columns carrying galleries and then timber arched brackets to ceiling. 3-sided gallery with notched and panelled front. High pulpit with iron-raised steps each side, organ loft behind with painted Gothic organ case. Stencil decoration to ceiling and gallery panels.