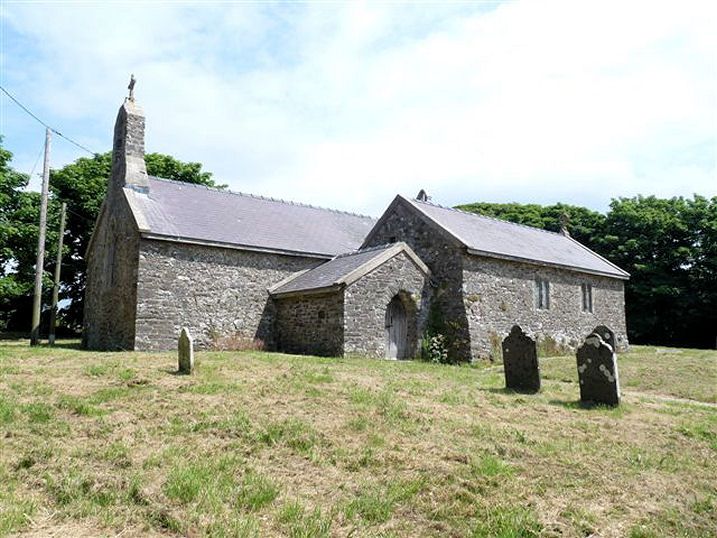 Location: Situated at Brawdy Farm, some 500m S of Rhydygele crossroads, which is some 1.5km NE of Penycwm.

Stained Glass: W window of Christ in the Temple and E window of Resurrection, both of 1904 by Powell of Whitefriars, London. In porch are three large C5 or C6 inscribed stones with Ogham marks or Roman lettering, the inscriptions very eroded.