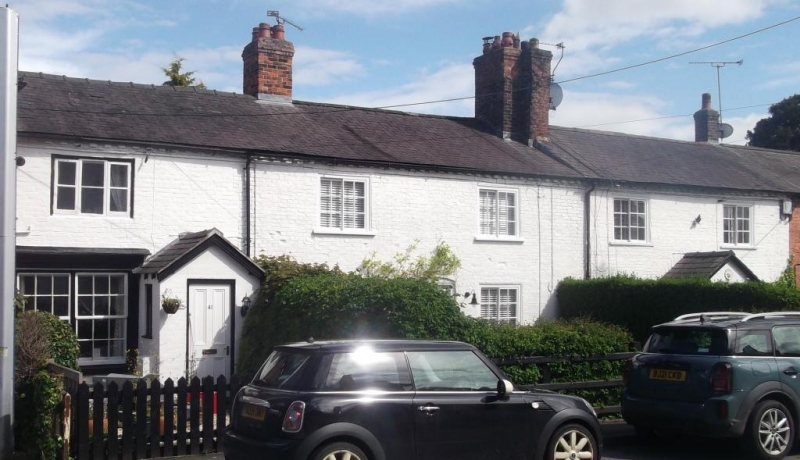 Row of 3 cottages, built in separate phases in the early C19 to form a small terrace.

Painted brick with slate roofs with end wall stacks. 2 storeys, the row comprises a single unit cottage, and 2 x 2-unit cottages. Kew Cottage forms the central house in the row, and is probably the earliest part of it. It has a 2-unit plan, with near-central segmentally arched doorway. Flanking windows aligned on each floor are 2-light horizontally sliding sashes with small panes. Dentilled eaves band. End-wall stacks. That to left set slightly to right of gable line. To the left, Ferndale is a single unit cottage, with doorway in added gabled porch to the right, and former shop window to the left, with paired 12-pane sashes in moulded panelled architrave with brackets to entablature. 3-light casement window above. Dentilled eaves band. To the right, Cintra also has a 2-unit plan with doorway towards centre in added gabled porch; the flanking windows aligned on each floor are small-paned horizontally sliding sashes of 2 and 3-lights. Dentilled eaves band.