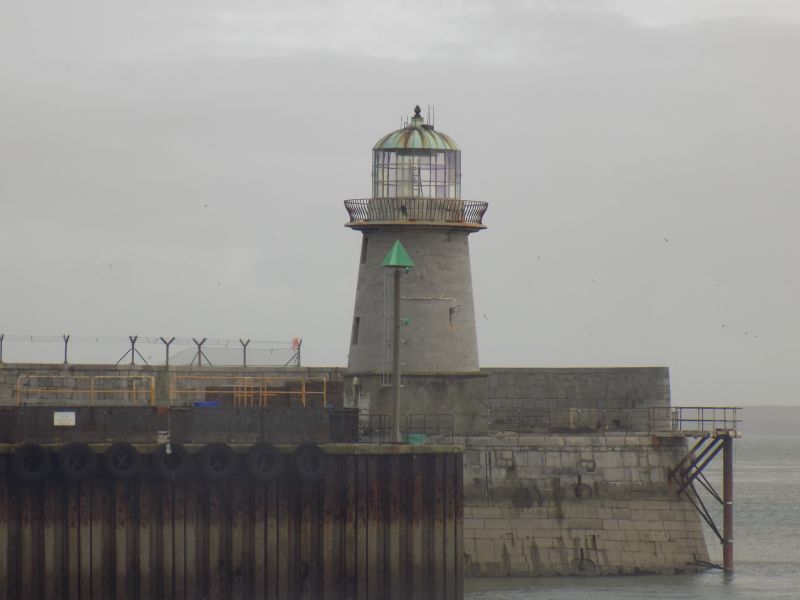 Location: At the E end of Admiralty Pier.

Built 1821, by John Rennie (1761-1821), prominent engineer. In 1810 an Act of Parliament was passed which included much-needed improvement to the harbour at Holyhead which had by that time become established as the principal port of communication with Ireland; in particular it was the station for the Post Office steam packets. This work involved the construction of the Admiralty Pier and lighthouse to the east of Salt Island, and Harbour Master's Offices and Customs House, with the later addition of the George IV Arch.

Lighthouse, approximately 14.6m high. Three storey tapering ashlar masonry tower (windows covered at time of inspection). Lantern is the second oldest in Wales after the Point of Ayr lighthouse, and has 3 tiers of square panes, and copper roof with finial. Gallery with bellied iron railings, carried on moulded cornice of tower.

Listed as an integral part of the important harbour scheme designed by Rennie, and as a good and well-preserved example of an early C19 harbour light.