A Grade II Listed Building in Holyhead, Isle of Anglesey 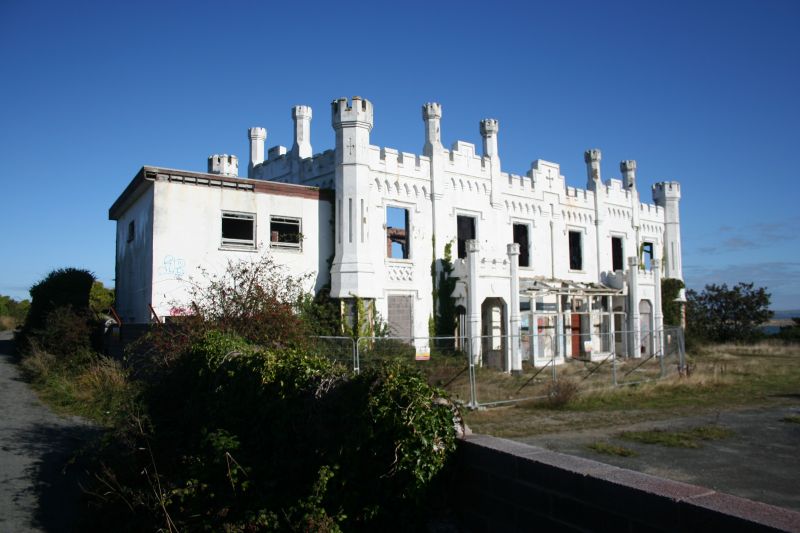 Location: Close to landward end of great breakwater. In extensive grounds which include garden walls and ornaments in similar style to grand screen wall to N of house.

Castellated house; circa 1849, built for own use by Mr Rigby, the contractor of Holyhead breakwater.

Included as relatively unspoilt example of style, and for its historical connection with construction of Holyhead Great Breakwater.