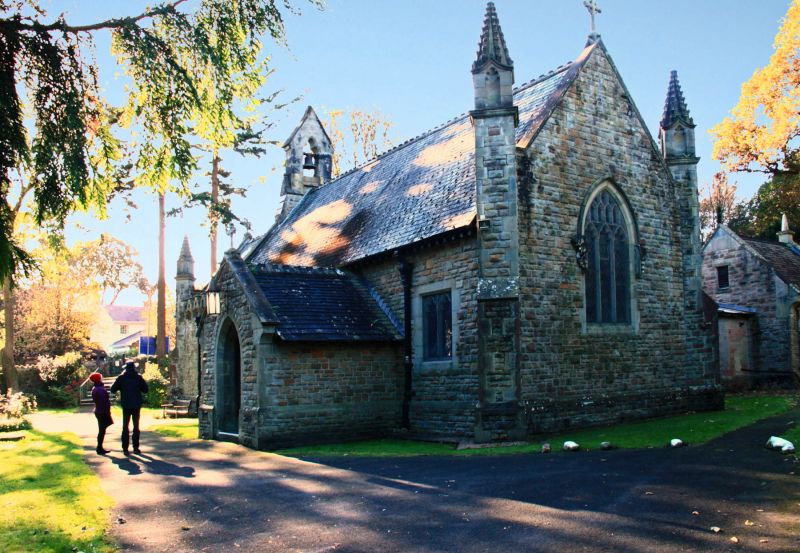 Clyne Chapel - Edwardian estate chapel of 1908 built by William Vivian, who owned Clyne Castle. As can be seen from this mid-day GMT photo the alignment is South/North instead of the customary East/West