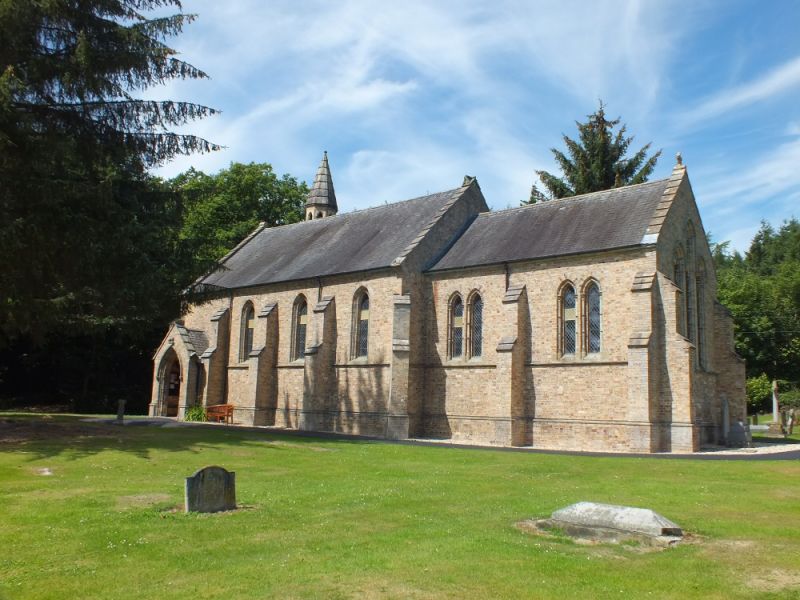 Replacing a small timber framed and shingled chapel of ease with a framed turret built in 1627 for Hugh Derwas and Owen Edwards, endowed in 1639, and demolished in 1844.

Monuments: All refixed from earlier chapel. In chancel: N wall (a) white marble tablet inform of Greek sarcophagus bearing coloured family arms, to John Owen of Penrhos, 1823, by R Milnes. (b) tablet of similar form but with feathered urn in recess, to Margaret Owen and Elizabeth Lyster, 1816, daughter of John Owen of Penrhos, by I Carline, Salop.