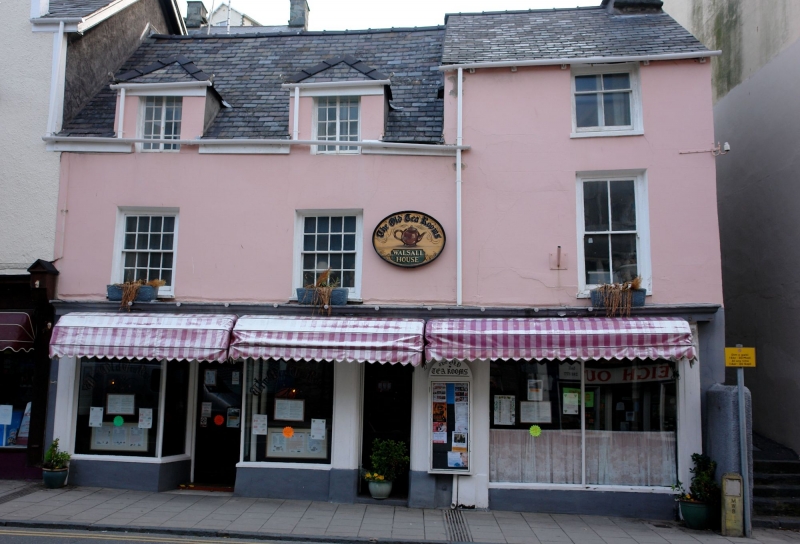 Of 2 sections, formerly 2 separate units. The left-hand section is probably early C18; 2 storeys plus attic with early C19 facade. The R section is of 3 storeys and is mid C19.

Early C19 16-pane recessed sashes to first floor of L section, with 16-pane sliding sashes to attic dormers; these with hipped roofs. The R section is stepped up and has single C19 4-pane sashes to the upper floors, that to the second floor squat and under the eaves.

To the rear, and attached at right-angles, a small cottage probably of early C18 date, set against the slope of the hill. One- and-a-half storeys; rubble construction under a medium-pitched slateroof. Rubble parapet to NE gable. Central entrance with flat slatelintel, timber doorcase and modern boarded door. Flanking ground floorwindows, that to the L a modern 6-pane and to the R a reduced (3 panesshowing) C19 casement. The remainder is obscured by a modern WCaddition. 2 gabled dormers to attic floor with plain modernbargeboards and weather-boarding. Early C20 4-pane casement windows.

The cottage has been bisected lengthwise by a later rubble wall which divides the space in to two units. The listing excludes the rear (NW) half which has been rebuilt and is open to its NW side.

Included as an early building with picturesque C19 facade in aprominent location on the street line and with attached vernacularcottage to the rear.