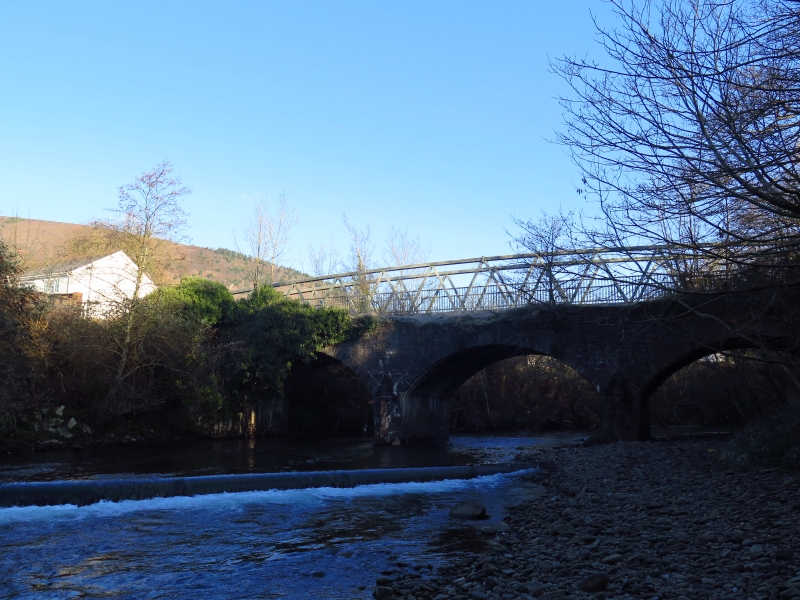 Location: At the end of a lane off Ynysafan terrace and crossing the River Afan.

A 3-arched viaduct built to carry the Bryn Railroad over the River Afan. The Bryn Railroad was an early horse-drawn railway or tramroad which connected coal mines on the east of the valley at Bryn to the coast, the copperworks to the west established by the English Copper Company in 1838 and the ironworks just to the south established c1810. The viaduct dates from c1840 or earlier, and may have been built as early as 1819. Horse-drawn tramroads were vital to the development of the south Wales coal field in this period.

Built of coursed rubble sandstone with 3 elliptical arches of dressed face voussoirs with rubble vaults springing from 2 narrow piers and from curving abutments. There are dressed stone triangular cutwaters which step in towards the top, to both sides of the piers. The parapets are in rougher stonework and may be later additions. They are partly missing. The bridge is unusually wide and may have carried a double line of track. A modern steel footbridge has been erected across the top, spanning the entire structure along the N side.

Listed as an unusually complete early C19 tramroad bridge of impressive proportions. The viaduct is one of only 5 multi-span tramroad bridges known to remain in Wales.