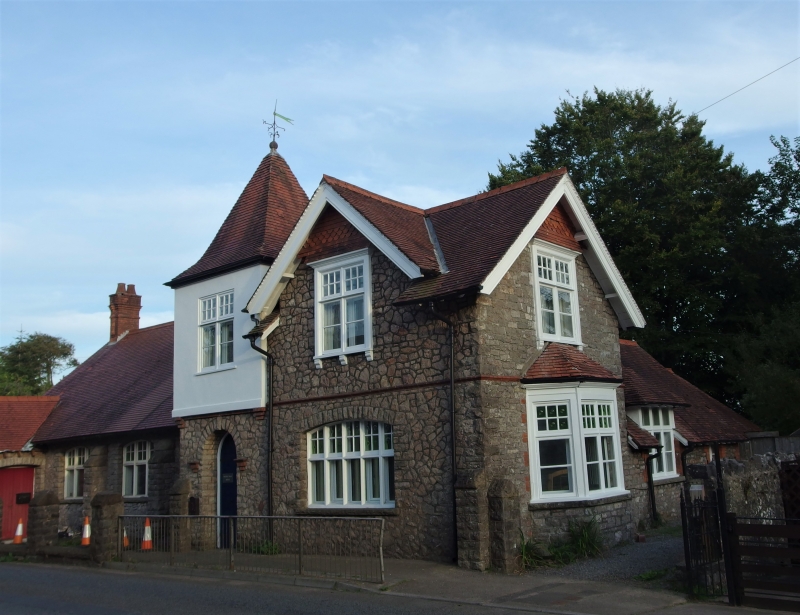 Location: Located on the S side of the Cardiff Road (A48), opposite Smiths Row.

Built 1896-7 by Lansdowne and Griggs Architects of Newport,, along with the attached Hall as the Cory Institute. Both buildings were designed and constructed together as a Temperance Institute with Mission Hall, Coffee Tavern and Temperance Institute and Rooms and are shown on the 2nd edition O.S. map, surveyed in 1898. The Cory family were well known local industrialists, philanthropists and supporters of the Temperance movement.

In the Arts and Crafts style. Two storey tower and house to the west.

Cross-frame windows to the first floor of both the tower and the house; the latter also has similar architraves; 5-light camber-headed window to house. Round headed entrance to the tower with voussoir and imposts; boarded doors. East gable has exposed red brick stack with flanking multi-paned casement windows with red brick dressings and gauged arches over. W end has splayed bay with similar glazing; roof sweeps down low behind with hipped roof projecting over tall window which steps down to the rear.

Included for its special architectural interest as a well designed and largely well preserved House and Church Hall in the Arts & Crafts style, displaying careful use of materials and design. It is also important for its historic significance as a key building within the centre of St. Nicholas in a prominent and important location.