Gatepiers and Gates at Church of St Peter 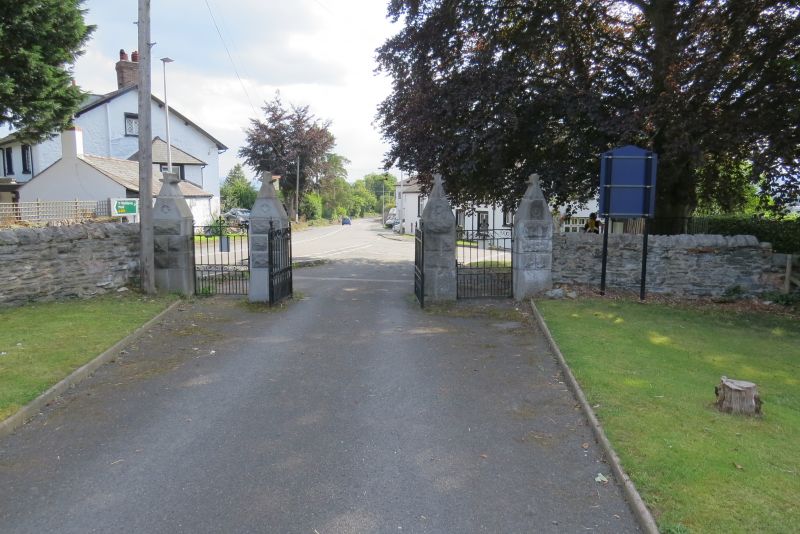 Entry Name: Gatepiers and Gates at Church of St Peter

Location: Located at the SW entrance to the churchyard.

Contemporary with church (1863), and no doubt also by Poundley & Walker, architects; the piers mirror the buttressing on the church.

The end gatepiers connect with the rubble walls of the churchyard.

Listed as a fine set of piers and gates which are an integrally-designed part of the setting of the church.