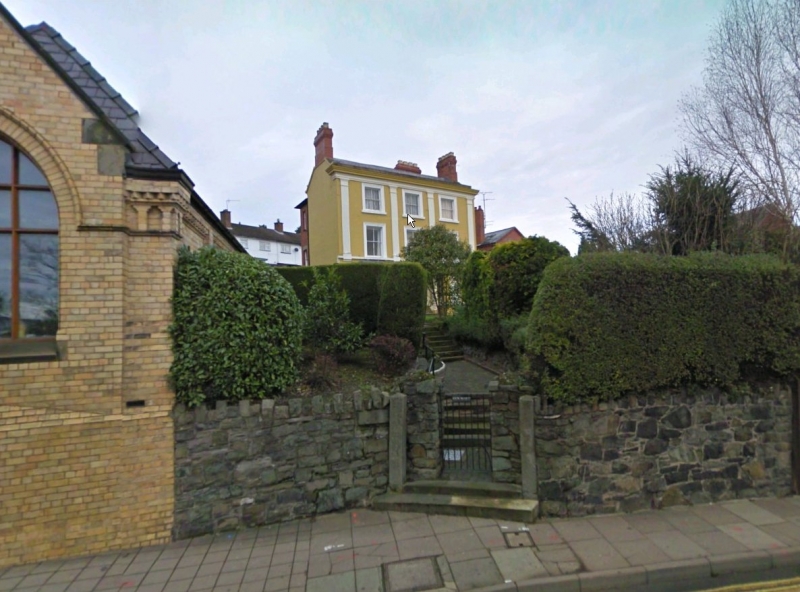 Location: Set back from the road in gardens adjacent to the former Powysland Museum.

History: Largely an early C19 house, shown on the Tithe Map of 1840 with some later C19 remodelling work and extension.

An ambitious C19 town house, unusual in Welshpool for the enrichment of the facade, and retaining much of its original character.

Reference: 'A Map of Trefnant Fechan and Welsh Town Townships in the Parish of Pool, 1840', National Library of Wales.