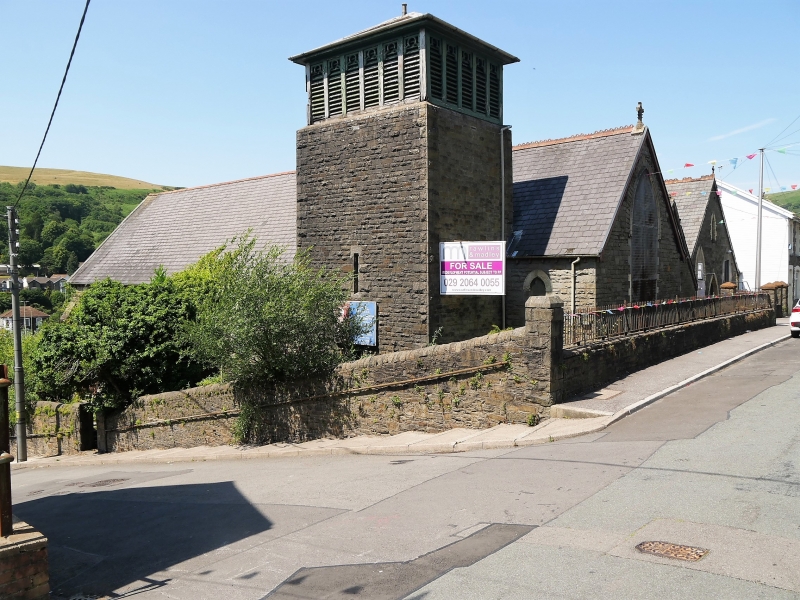 Location: Situated in a prominent position on hillside in N part of town.

Built 1886 by E M Bruce Vaughan with some later additions. Originally known as St Paul's Penrhiwgwynt in the Parish of Llanwonno it became part of new parish of Cymmer with Porth in 1890. Refurbished in 1925 by Herbert North, architect of Llanfairfechan - his only known work in South Wales.

Of 5 bays open to simple hammer beam shape roof. Main interest is unusual bayed chancel screen of slender narrow pointed arches of painted wood and metal on stone plinth and richly painted wood reredos with emblems of the passion and saints under canopies, part of the 1925 refurbishment which also includes stained glass in E window by F C Eden and painted ceiling panels above altar.

Listed for the interest of its 1925 refurbishment by Herbert North and for its dominant position in the townscape.