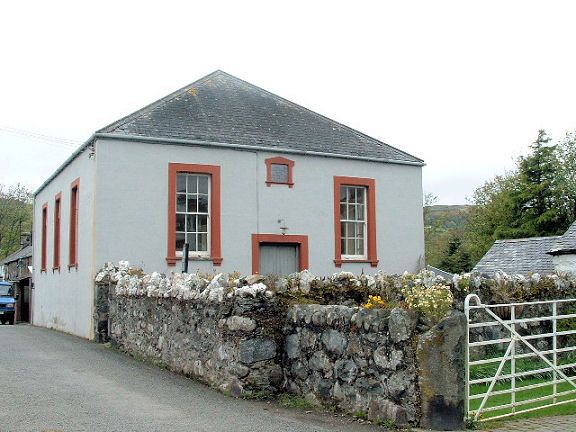 Location: Located prominently on the main street line within the village.

Adjoining to the W a small walled enclosure forms the graveyard; rubble walls with random quartz coping. C19 slate gravestones including one with iron railings.

Included for group value with the adjacent Henryd Farmhouse.