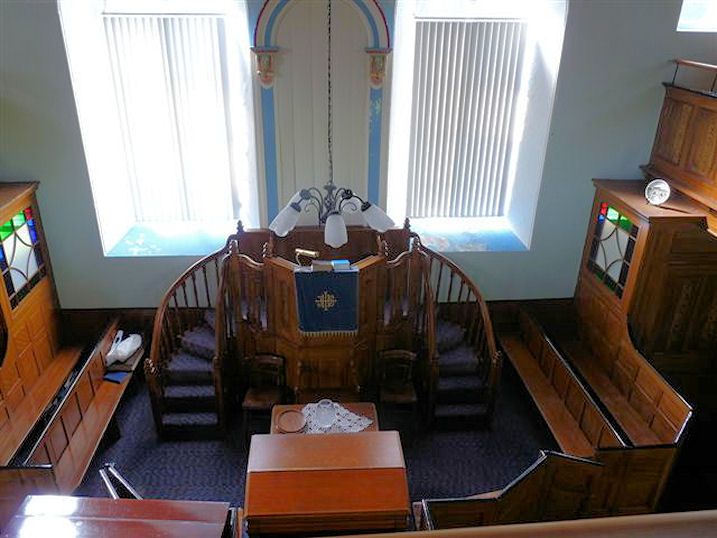 Location: Situated down dead-end lane running W off B 4570 in Ponthirwaun.

A good example of the late Georgian to early Victorian chapel, with good fittings.