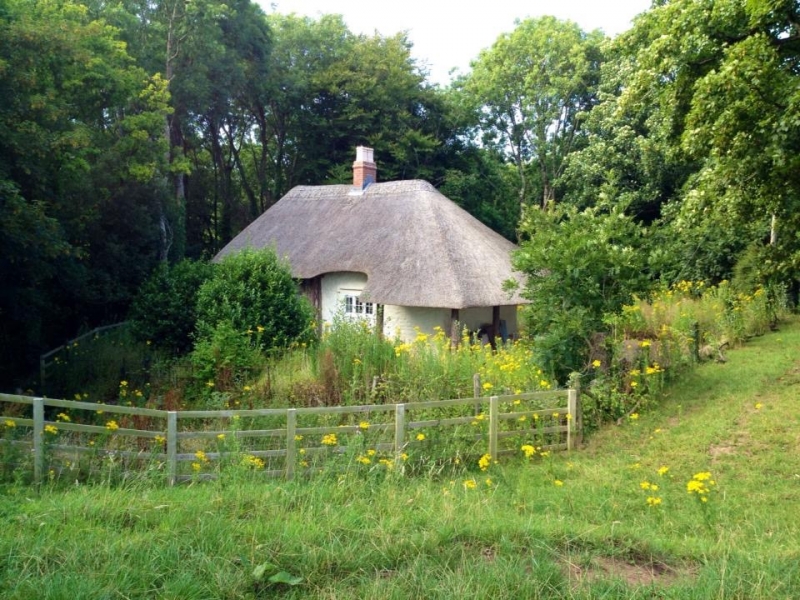 Cottage now reached by a woodland lane S of the Stackpole to Sampson Cross road. About 100 m W of Park House. This was evidently the gate lodge when Caroline Grove was the carriageway leading to Park House.

Early C19 cottage of two main rooms in whitewashed rubble stonework, with a [sheeted] hipped roof. The roof is carried out over a sheltered area formed by a row of timber posts at the E end. The form of the roof suggests it was originally thatched. At the W end is a large bay window. At rear there is an extension under a shallower-pitched portion of roof, with a small chimney in brick at one corner. The main chimney of the house is now missing. An attic dormer window projects at the rear.

Listed notwithstanding the loss of the original roof covering as a gate-lodge to Park House, designed in the cottage orn‚ style. Listed also for group value with the other survivals of the Stackpole Court buildings.