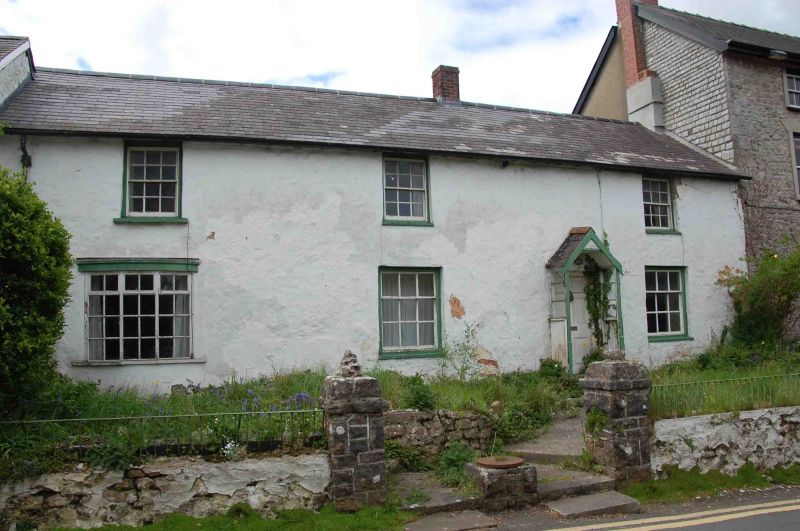 Location: In Carew village, adjacent to the Carew Inn. There is a white-painted stone wall at the front with a slate coping and neat iron railings, and two large gate-piers.

Two C18 cottages, now converted into a single cottage. These were the original nucleus of Picton Terrace, apparently shown on the 1750 estate map. The left cottage was no. 1 and was probably single-fronted. Its door and window have been replaced by a modern slightly canted window. The right cottage was no. 2 and was probably double-fronted. There is a door centrally to it which remains in use for the combined cottage, with a porch.

Two storeys, with a range of three windows facing N to the village street. Random rubble masonry painted white. There is a brick chimney in a position central to the original right cottage. There are also end-chimneys of brick, altered when adjacent higher buildings were constructed.
All the upper windows are of 12 panes, with hornless sashes. The left lower window is modern. The other two are nine-pane sash windows in recessed exposed frames. Six-panel door with an open timber porch.

Listed as C18 cottages retaining some original character and as the historic nucleus of the group known as Picton Terrace.