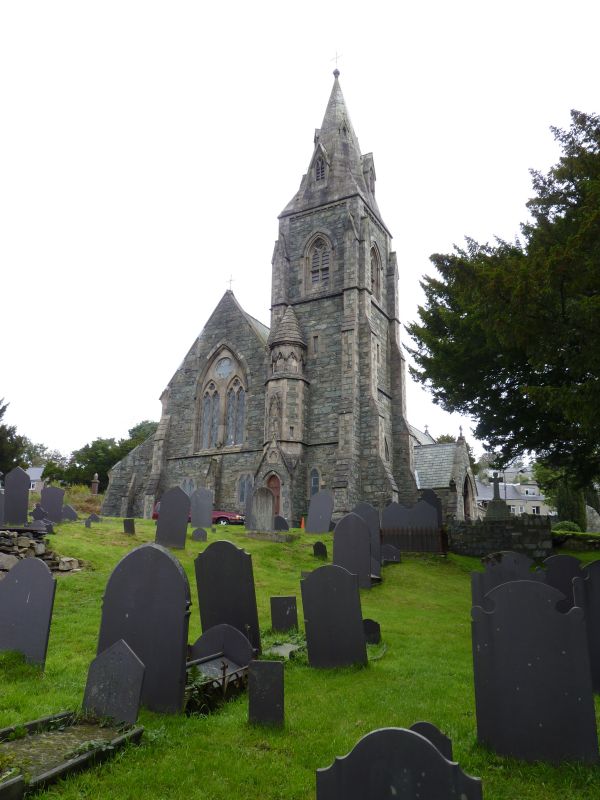 Location: Situated in sloping churchyard approached through gates on A 5 opposite No 22 Ogwen Terrace.

Parish church of Glanogwen, built 1855-6 by T.H. Wyatt of London for Lord Penrhyn. There was a limited competition between three firms, Weightman, Hadfield & Goldie, G.E. Street and H. Kennedy, but Wyatt, related to Lord Penrhyn's agent, got the job. The Weightman firm sued the vicar.

Included as a good example of mid C19 Gothic of the more conservative school, expensively detailed and a landmark in Bethesda and the Ogwen valley.