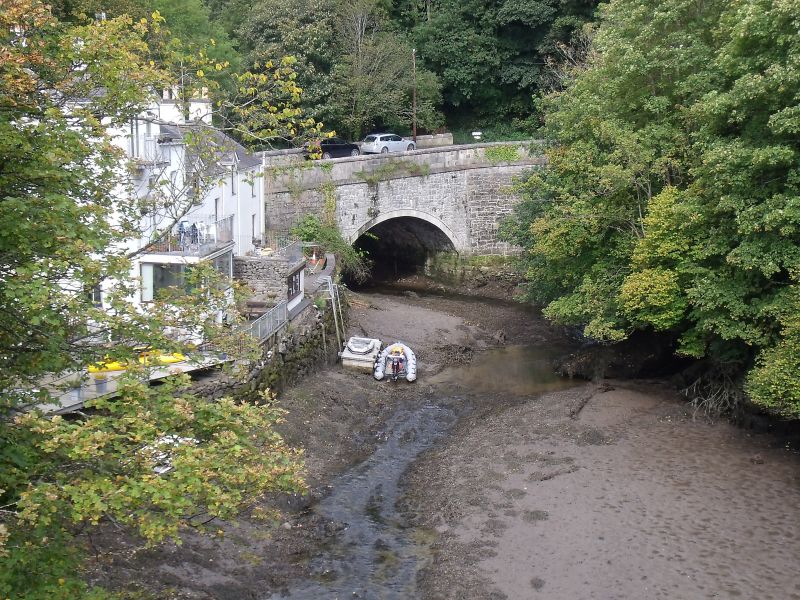 Location: Located at the mouth of the Afon Cadnant, where it runs into the Menai Strait.

In 1805 Viscount Thomas James Warren Bulkeley, (7th Viscount) made a new road through his own land to run alongside the Straits. The county was asked to pay for a bridge over Afon Cadnant. The road was opened in 1806. The road was later turned into a turnpike in 1828 and the bridge continued to be used as part of the main route between Menai Bridge and Beaumaris until a new bridge was built over the Afon Cadnant in 1973. This by-passes the old bridge, though it may still be crossed and is used when repairs are being made to the newer bridge.

Single span segmentally arched bridge of coursed and squared granite with buttresses either side of the span. The parapets have been raised or rebuilt at a later date.

Listed as a well-preserved example of an early C19 masonry bridge which is of particular historical interest in the context of early C19 improvements to transport on the island.