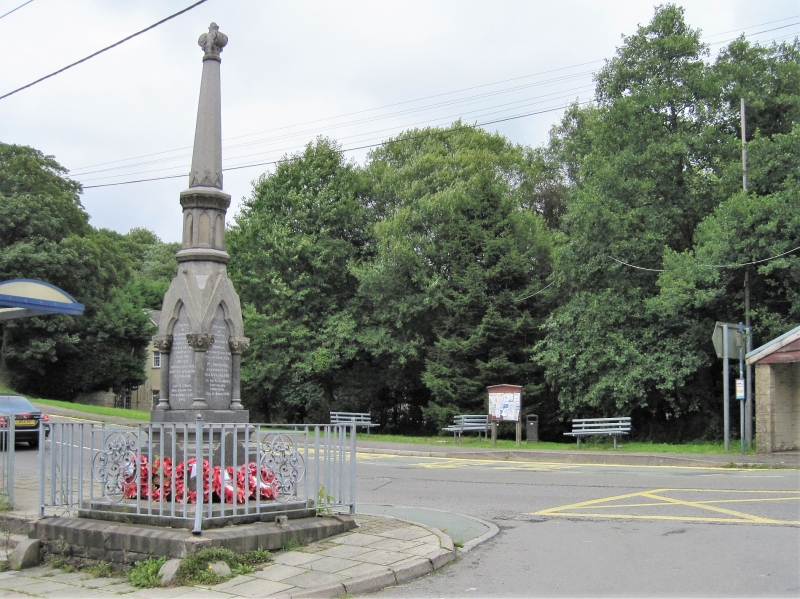 Location: Located at the cross roads at the centre of the hamlet, where the road dips and crosses the Ogmore River.

Built in mixed coloured granites and raised on 2 sandstone steps. A monument in Gothic style, with a gabled lower section with corner columns, standing on a mutiple moulded base. Etched granite scrollwork in the open gables over the columns. Above, the monument is reduced to an octagonal panelled section with a leaf enriched capital, on which stands the tapering octagonal shaft, rising to a terminal fleur. The monument is not signed, and the original cast iron railings have been replaced in March 1997 with steel.

Included as a well designed and sculpted war memorial.