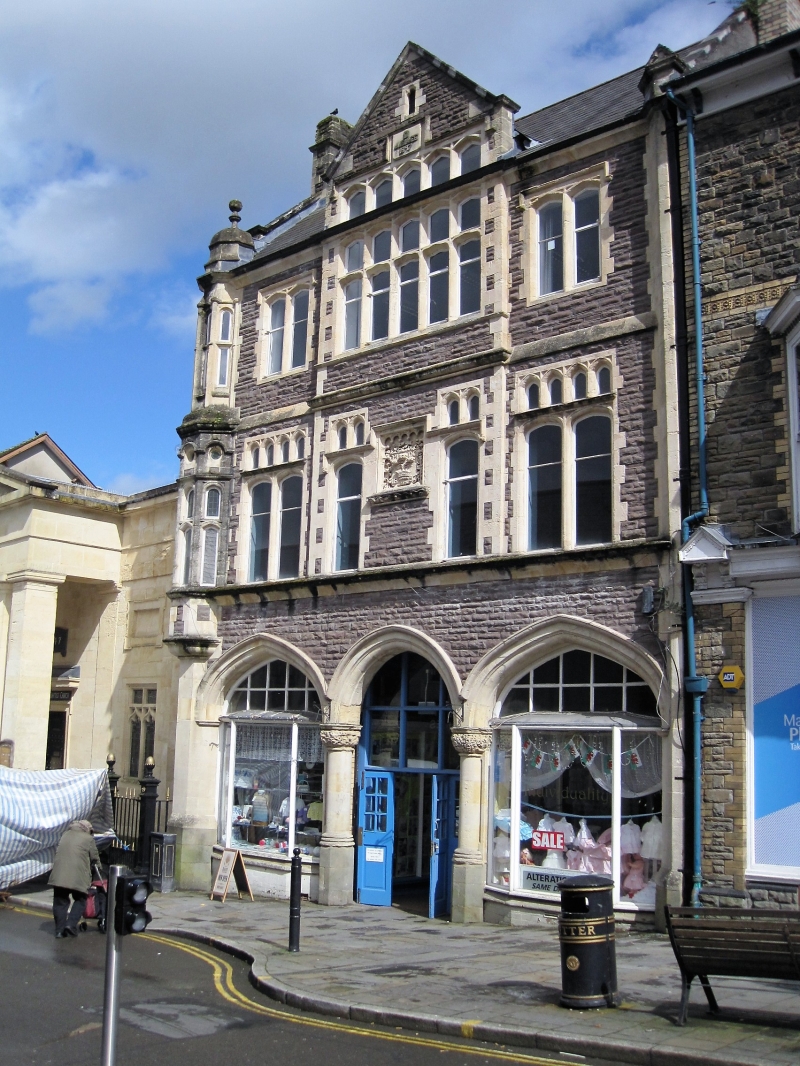 Location: In Pontypool town centre next to the Crane Street Baptist Church and backing onto Pontypool Market.

A late Victorian commercial block built in and dated 1897.

A late Victorian office building with shops on the ground floor. Built of coursed squared rock faced limestone rubble with freestone dressings and a Welsh slate roof. A three storey building with a three bay front in a characterful Gothic style. The ground floor has a central entrance leading to shops on either side and through to the Market behind. The entrance has a slightly pointed head and colonnettes with stiff-leaf capitalss on either side. Flanking these are shop windows with three light windows and small paned heads which are in three centred arches. The facade has a decorative eight side corner turret which rises through all three storeys at the left; then on the first floor a paired window with stone mullion, on either side, and in the centre single light windows flank an inscription JUBILEE BUILDING 1897. Between the single and the double windows a pilaster rises through the two upper storeys. Over the first floor windows a stone band of small paired lights. The second floor has a paired window on either side of a large five-light mullion and transom window, with a further five small lights above rising into a gable which has a small central vent. The turret to the left has a four-light window on both floors, and is topped by a lead cupola.
The side elevation is plain except for a pointed arch window on the frst floor and a ridge stack above.
The rear elevation is dark stone rubble with two paired windows on the first and second floors.

Only the ground floor inspected at time of resurvey and this appeared to be largely unaltered, with shops flanking a central passage leading to the market.

A characterful late Victorian shop and office block which remains unaltered externally, and has strong group value with the adjoining Crane Street Baptist Church and the Pontypool Market.