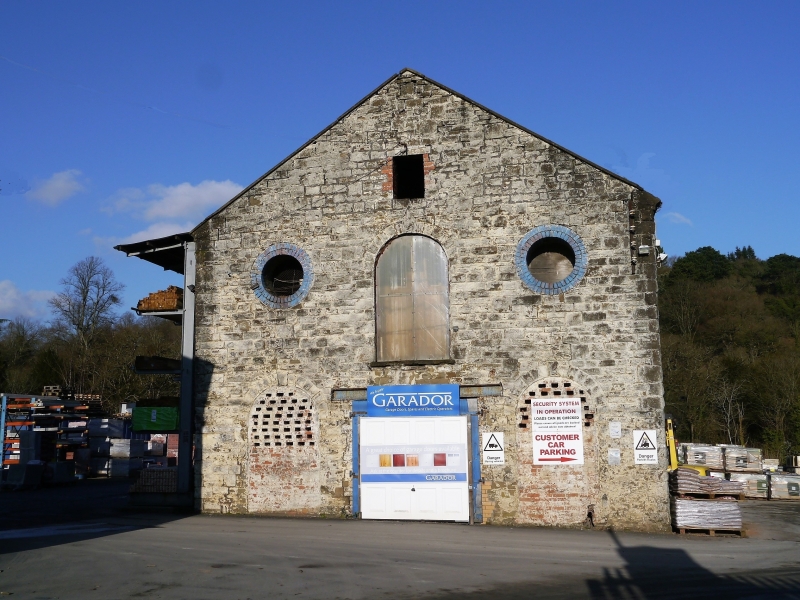 Location: Facing onto the east side of Pontymoile roundabout.

The section of the building further back from the road appears on the Panteg tithe map of 1839. This building is marked as a Foundry on the 1882 O.S. map, and as an Iron and Brass Foundry on the 1901 O.S. map, by which date it had been enlarged to its present dimensions. The older section is the sole survivor of the Upper Mill. Both were later a part of the Pontympoile Tinplate Works. The works were leased out by the Pontypool Park estate in 1880 and the increase in size would most probably have been soon after that date.

Built in two sections with the older further to the rear. Roughly squared rubble with the two sections quite distinct, especially on the north wall, rock faced and more neatly cut to the front section. Welsh slate roof. Rectangular building stretching back from a gable end facing the road. The western gable has a central doorway with steel joist head; this has probably been altered. It is flanked by arch headed brick ventilators. The floor above has a central arch headed taking-in door flanked by round vents, further small opening in the gable above. The long walls are blind and the roof is plain.

Interior not inspected at the time of resurvey (January 1997).

Included as a surviving example of the buildings associated with the important Pontypool tinplate industry in the C19.