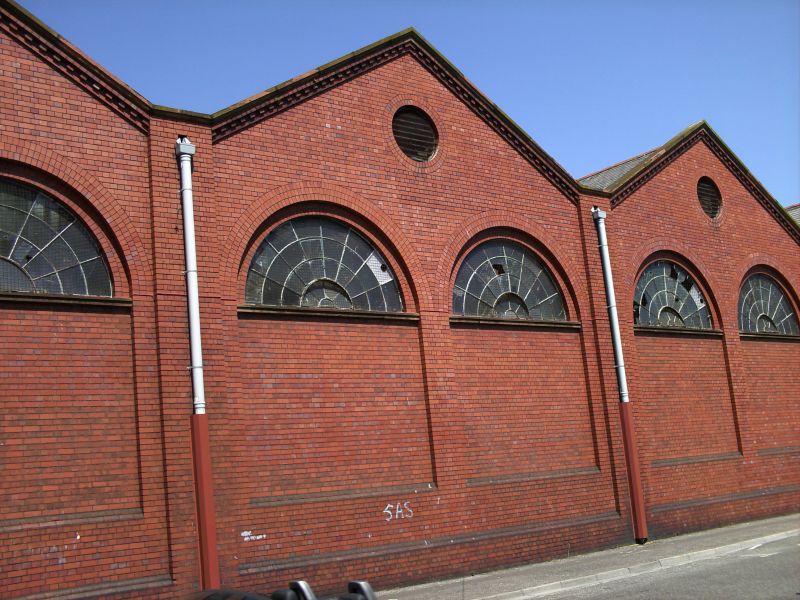 Location: On N side of road, backing on to railway.

Built circa 1902 as Clare Road Depot for Cardiff Tram Service. Contractors Messrs D W Davies. In 1923 some alterations to allow trams to enter from S instead of N.
Extensions and alterations by S C Taverner of Newport in 1925. Converted to trolleybus depot 1942, closed to trams 25 August 1946. The depot served routes serving W of City; E routes had been served by larger (demolished) Roath depot