Central Station (Main entrance is in community of Castle) 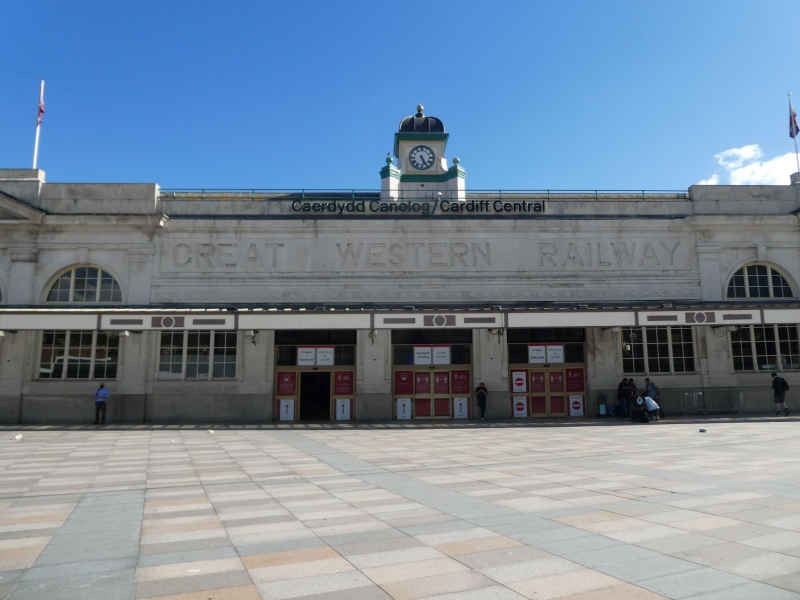 Platforms: Three island platforms in stone but some extensions in brick, flooring generally in ashphalt below canopies, and flagstones where not covered, but some concrete block replacement. All platforms have canopies with corrugated roof covering. Roof system of lattice girders with central double-pitched area and outer cantilevered canopies. Roof supported by slim cast-iron Tuscan columns, and on corbels in platform buildings. Cross girders of central areas with 3-centred arches; longitudinal girders to each bay with elliptical arches. Boarded wooden valences to roofs. At W end of platforms 3 & 4, roof divides (at former platform 5), and consists of 2 umbrella-type canopies supported on tapering I-beams. At uncovered ends of platforms, lamp standards in concrete.

Platforms 6 & 7. Two blocks of platform buildings similar to those on other platforms. Western block extended to E, as buffet, and faced in cream ceramic tiles. Further building to W in concrete blocks painted to resemble Carrara Ware. Two housings to goods lifts as other platforms.

Listed as the most complete example of a GWR major city railway station of the period following the great regrouping of the railway system.