Lodge to N of Plas Boduan 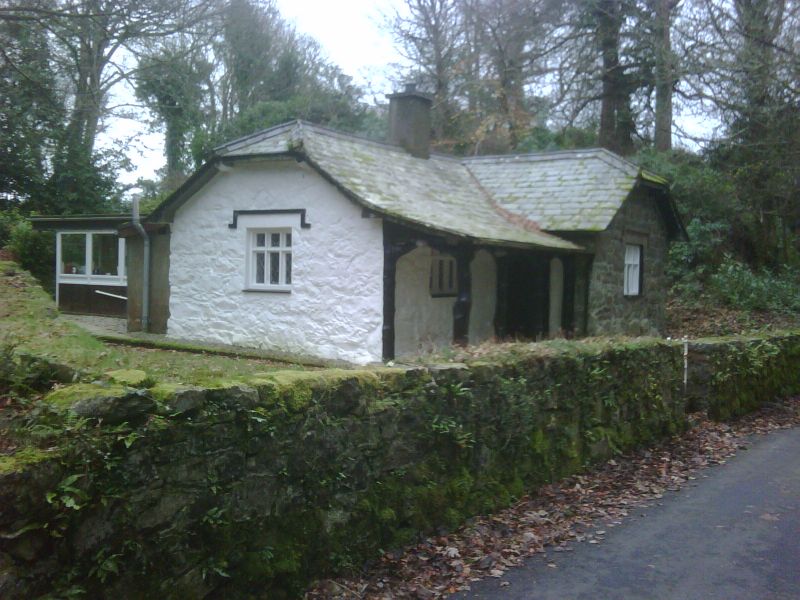 Plas Boduan lodge was probably built in the mid to later 19th century, although an earlier lodge is marked on the 2" OS map of 1816-19. It is an L-plan single-storey picturesque cottage. It has granite rubble-stone walls, partly whitewashed, and slate roofs with half-hipped gables to the north and to the west end of the south crosswing. There are overhanging eaves and a central rendered chimney. The main range has a cat-slide roof over a 3-bay rustic veranda with tree-trunk uprights and rough 4-centred arcading. All windows are mullion-and-transom with latticed glazing and flat hoodmoulds. There is a rear 20th century extension.