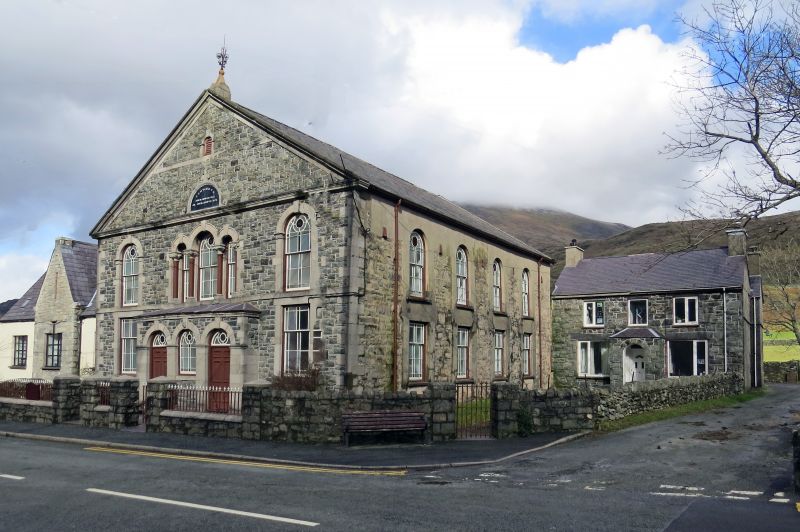 Location: Located in the centre of Nant Peris on the north side of the A 4086 with the former school immediately to the west and a row of C19 terraced houses directly opposite; small forecourt in front with low

Included as a largely unaltered C19 Methodist chapel, ambitious in scale and form for a small community, and with an exceptionally good interior.