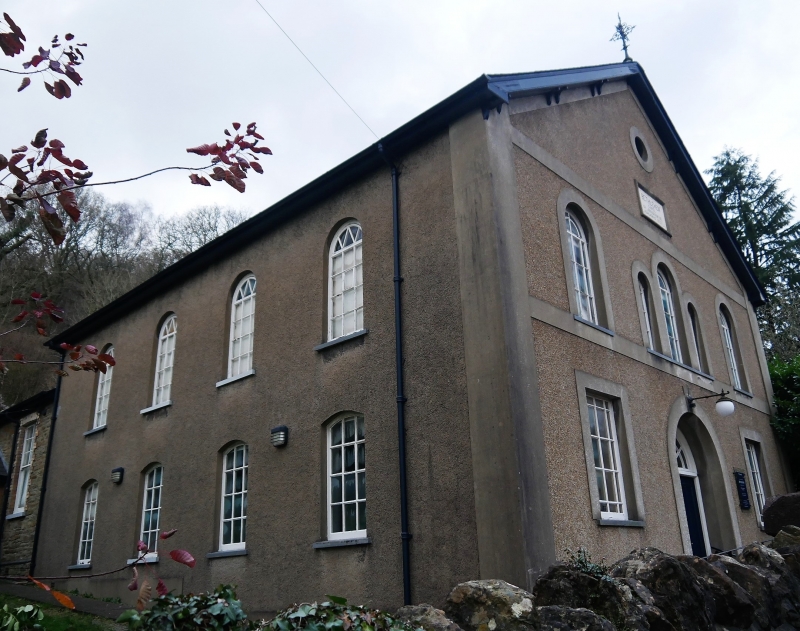 Location: Towards the S part of the village of Gwaelod-y-garth, on the main thoroughfare, nearly opposite the school fronting a small walled courtyard bounded by brick piers with Radyr stone caps, iron gates an

Independent Chapel built 1872. The older Salem Chapel is at the N end of the village; this is part of the later expansion of the village associated with the further development of ironworks, quarries and mining at Melingriffith on the banks of the Taff and in Garth Wood. Chapel and school opposite originally shared same premises, the Pentyrch Works Board School was built in 1881. R G Berry the Welsh-language dramatist came from Bangor to Bethlehem as minister in 1897 and his plays were performed by amateurs in the chapel vestry.

Interior has a 3-sided panelled raked gallery, the angles chamfered, with central clock and deep moulded soffit. It is supported by 8 slender plain cast-iron columns. Ceiling has coving and simple thin moulding to margins, 2 ventilators. Scored render. On pulpit wall is a classical moulded plaster round-headed arch with narrow imposts, prominent keystone, decorative spandrels and bands of moulding, unusually decorative; beneath is the dark-stained pulpit of unusual design with some dado panelling to rear. Some coloured glass in windows and in swing doors to vestibule. Single-storey Sunday School and vestry to rear.

Listed as a mid-later C19 chapel retaining most of its original fabric externally and internally; group value with the school opposite.