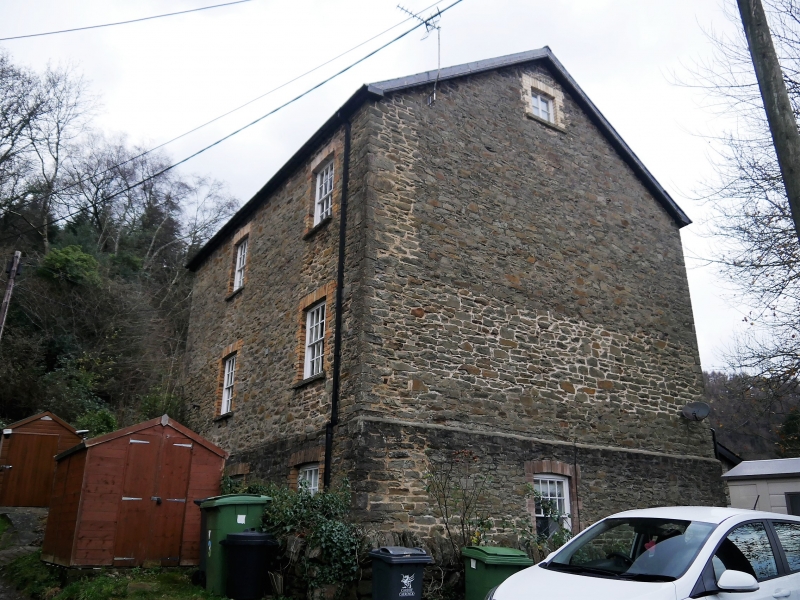 Location: At the very N end of Gwaelod-y-Garth village, behind a forecourt which has a low wall, railings and gate piers.

Dated 1871. Associated with the industrial terrace housing of the early settlement at Gwaelod-y-garth built to serve the ironworks, mines and quarries. Formerly housed a school, associated with The Pentyrch Works Board School in the S part of the village.

Chapel in simple classical style. Of coursed rubble with brick surrounds to openings, rock-faced quoins and Welsh slate roof with lateral stack rear left. 2 storeys to front and 3 to rear. Gable end facade has at gallery level 3 round-headed multipane window with rock-faced stone sills incorporating some coloured glass, cambered-headed below either side of doorway with deep set double 2-panel doors. Two-bay side elevation has 8/8 pane sash windows; below plinth the lower storey with entrance to S is flanked by sash windows, conservatory added to N.

Converted to a dwelling.

Included as a chapel from the mid-later C19 church retaining much of its original external appearance and sited in the early industrial settlement of Gwaelod-y-garth.