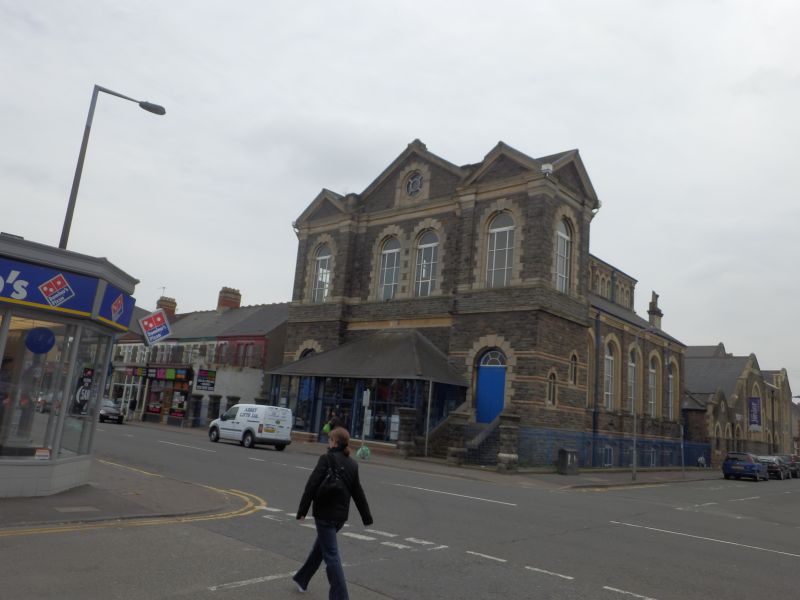 Location: Situated at the junction with Fanny Street.

Built in 1890 as Wesleyan chapel at a cost of nearly £5000, following erection of Sunday School (1882/3) at rear of the site which, in turn, replaced an earlier chapel (1862) at Cathays Terrace. Interior altered c1991 by installation of new floor at gallery level and new foyer area, lift and stairs, within space of original chapel; original windows replaced with plastic windows; new, glass-fronted vestibule added in front of entrance. Adjoining Sunday School leased out as furniture store.

Listed, despite interior alterations, because of the architectural quality and spacious feel of the interior due to its roof construction, clerestory lighting and detailing. Externally, the chapel remains, despite the added vestibule, an imposing and important element of the Crwys Road townscape.