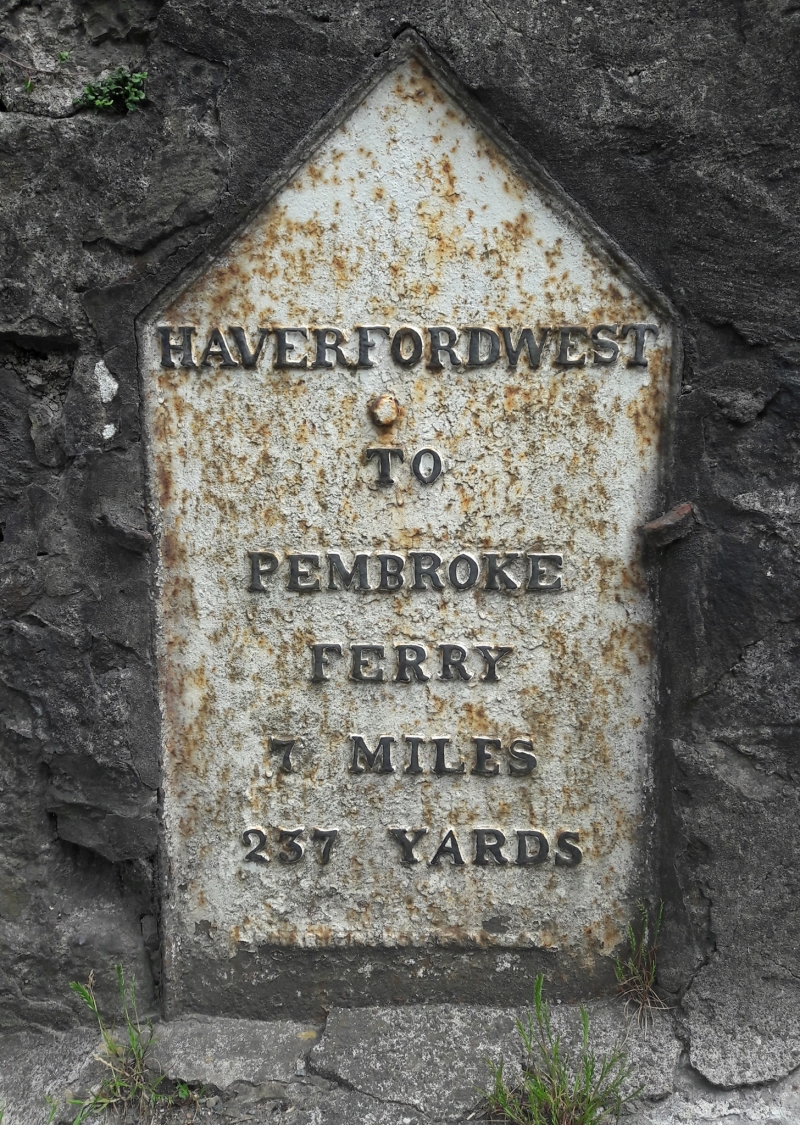 Location: Built into a wall on the E side of Pemroke Road S of Merlins Bridge Post Office and just N of Haroldston Terrace.

Included for its historic transport interest as a C19 mile post on the Haverfordwest to Pembroke Ferry turnpike road.