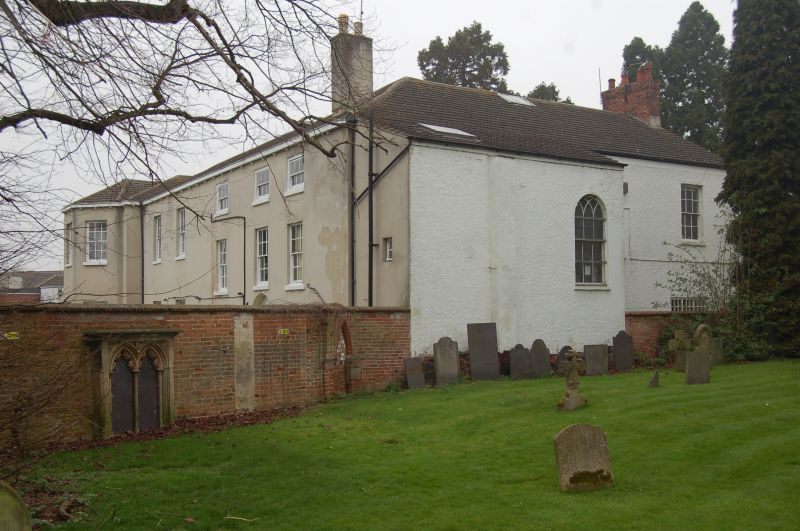 House, now Royal British Legion Club. Late C18 with mid Cl9
extensions. Render. Ashlar plinth. Concrete pantile roof.
Single rendered stack. C18 front of 2 storeys, 3 bays. Central
doorway with part glazed door and plain fanlight. Either side
are single pilasters with fluted panels and fluted imposts with
single bands of dentil over. Arch over with reeded panels and
fluted keystone. Either side are single glazing bar sashes. 3
similar sashes above and 3 similar smaller sashes on the top
floor. To the right and slightly set back is a narrow two and a
half storey lean-to with single C20 light and single small fixed
light above. To the left is the Cl9 wing of the same height but
of 2 storeys, 3 bays. The left single bay slightly projects and
has a 2 storey canted bay under conical roof. 2 glazing bar
sashes, the canted bay has central doorway with glazing bar door
and overlight flanked by single low glazing bar sashes. Above
are 5 similar smaller sashes. To the rear are Cl9 extensions.
Interior. Cl9 open well staircase with decorative wrought iron
balusters. Some ground floor C19 rooms with decorative plaster
ceilings.