A Grade I Listed Building in Holy Island, Northumberland 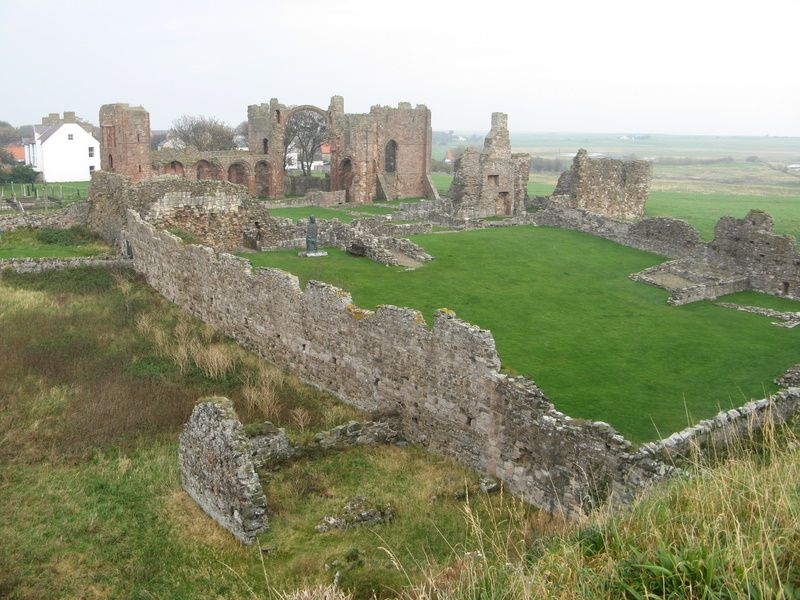 Chancel has one original window and one large C14 window on north side. C14
east window, the tracery gone. South side has 3 original windows and one C14
window.

Interior has multi-moulded west portal and 5-bay gallery above with narrow arches
and block capitals.

3 piers and 2 arches of north arcade stand. They are of Durham type with
alternating incised round and composite piers. Similar responds in aisles.

South of church extensive remains of monastic buildings, C13 and C14 including
a barbican and gatehouse between inner and outer courts.