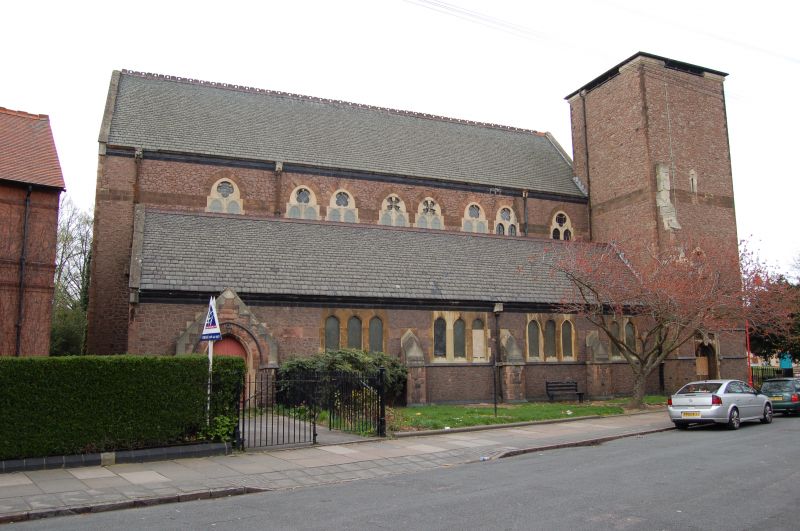 INTERIOR. The high interior has chancel with stained glass to the easternmost window and elaborate reredos below of carved stone, marble and mosaic. Set of choir stalls and panelling to walls and low screen with iron gates. Boarded chancel roof on arched braces supported on wall posts rising from stone corbels. Stone and marble pulpit and wooden altar with painted panels at head of nave. Nave arcades of striped stone and brick on circular and octagonal piers with carved capitals. Nave roof, supported on wall posts rising from carved stone corbels, is of cusped arched braces pierced above which support two tiers of purlins and rafters which cross at the gable apex. Sets of pews in nave and aisles. Aisle windows have C19 and C20 stained glass, some by Burlison and Grylls and Morris and Co. In north aisle is an austere square font on base with colonnettes.

This fine lofty church has a careful use of materials outside and an impressive interior with nearly all of the fittings surviving.