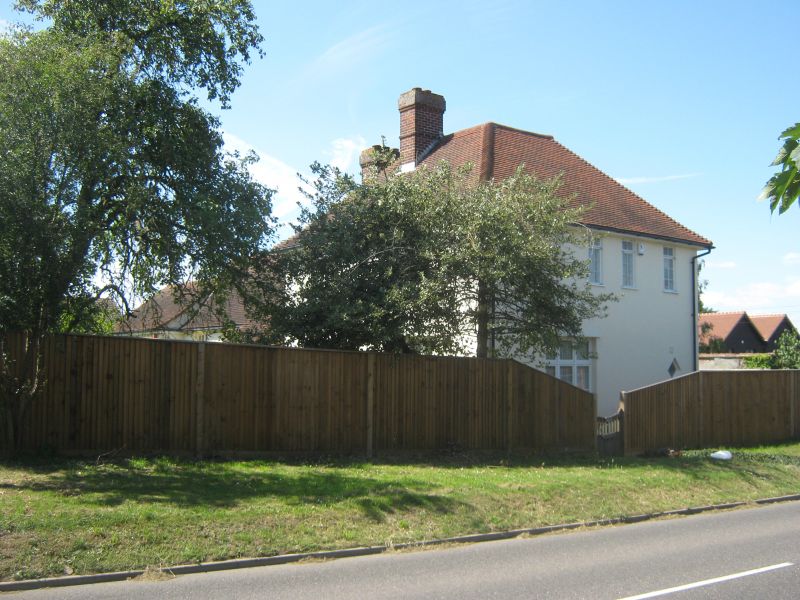 II
The core of the building is timber framed, probably C16, but there have been additions in the C19 and C20. The earliest part of the house, together with the granary, forms an H shape, a hall of 2 bays, a cross-wing of 2 bays and a 4 bay granary set at right angles to the house. Queen post roof, and blocked original mullioned windows to the 1st floor bedroom. The exterior of the old portion is of 2 storeys, now stuccoed. Steeply pitched tiled roof. 2 C19 casements and a C19 triple casement on the ground floor. Modern brick porch. On the east side of the house a C20 portion has been built on. 2 storeys stuccoed. Hipped tiled roof. 4 metal casements on the 1st floor and a later casement on ground floor. On the west side a 1 storey later C19 extension and greenhouse have been added. The granary is of 2 storeys stuccoed with 1 side elevation partly weatherboarded. Steeply pitched hipped old tiled roof. 2 to 3 C19 casements. Queen post roof. The 1st floor was probably used as a granary and the ground floor for stabling.