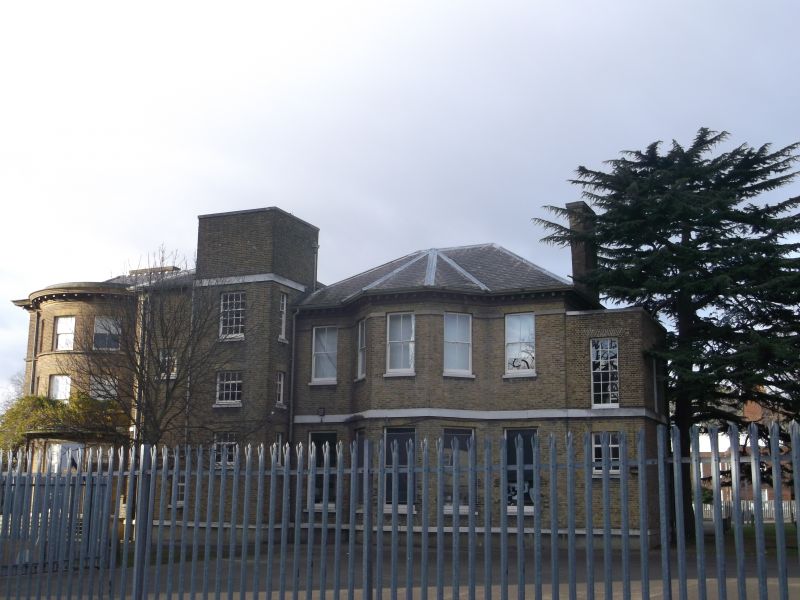 Interior: open well staircase, with cast iron balustrade of 1860s. Moulded mahogany rail. Most ground floor doors are of six raised and fielded panels in moulded architraves, with entablature above set on moulded brackets. Said to be an original grate set in carved chimney piece.

Interior: cast iron barrel vault with latticed ribs tapering to the crown, and supported on pierced brackets into pendentives resting on piers between the windows. End walls in three bays reflecting detailing of exterior, with frieze of linked pierced circles, and pilasters, paired between arched openings, detailed on the exterior.