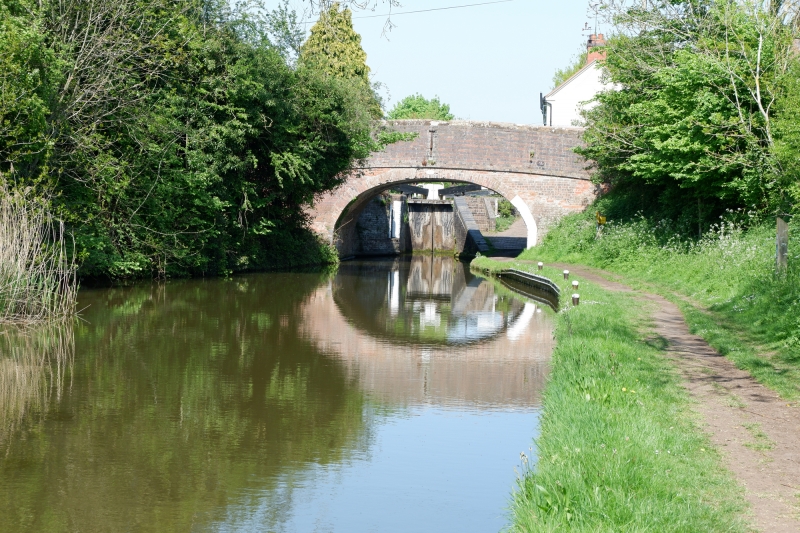 Canal road bridge. Early C19 with mid-C19 alterations. Red brick with red
and blue brick parapet and part sandstone, part blue brick coping. Elliptical
arch and cambered sides; parapet has a 2-course band at its base, is built of
alternating courses of blue headers and red stretchers, is splayed at each end
and is terminated by square piers. The Worcester and Birmingham Canal was built
for the Earl of Dudley between 1791 and 1815 to link the Birmingham Canal
Navigations with the River Severn. It was intended, primarily, as a means of
supplying coal from the Black Country to the West Midlands. The towpath runs
beneath the east side of the bridge.