A Grade I Listed Building in Paull, East Riding of Yorkshire 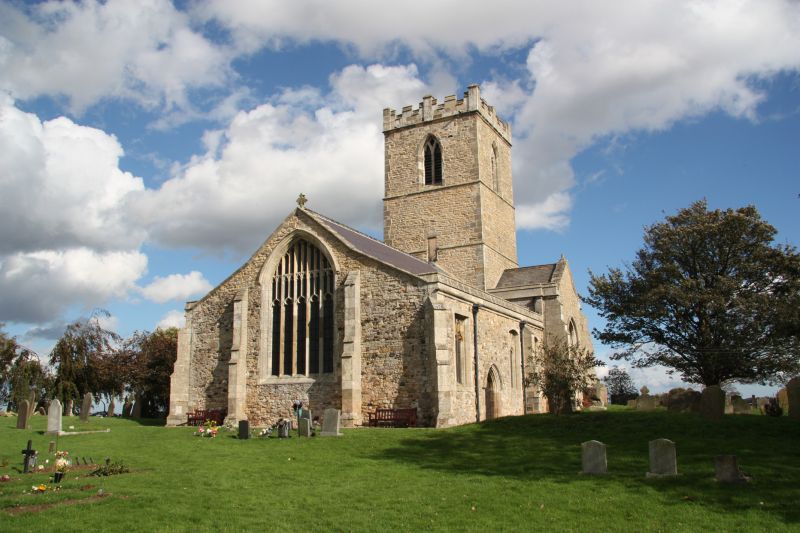 Marble wall tablets in chancel: to Hugh Blaydes, and others, of 1759, with arms and palm fronds in relief; to Ann Carvile of 1797 with miniature coloured hatchment, by E Giffin of London; to James Stovin of 1797 with open book and painted arms above, also by Giffin. Plain ashlar tablet in north transept to John Ombler of 1805. Oval tablet in north aisle to Cornelius Stovin of 1799; reset ashlar tablets below with roughly-carved finial and crowned angel with shield, probably C15.

Church was built on a new site after the destruction of the former church by the Humber in 1355.