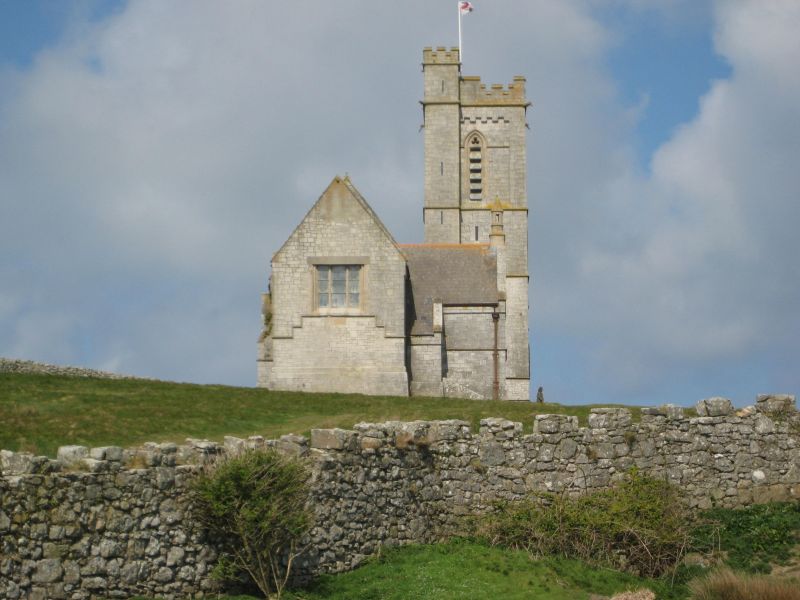 Plan: nave with porch under tower of west end of north side of nave, chancel with transept vestry on north side. Northwest-southeast orientation. Victorian Gothic Early English.

Exterior: nave has two-light plate tracery windows on north and south sides and two lancet west window with rose window above, its tracery blocked off. Transept vestry has two-light window in gable and with plate tracery and lean-to porch in north east angle with shouldered head doorway. Large three-stage unbuttressed north west tower with battlements, square stair turret with battlements in angle with nave, gargoyles at corners and large two-light lancet bell-openings with trefoil heads and slate louvres. Clock face at first stage above niche containing figure of St Helena which is above the deeply chamfered two-centred arch doorway to the porch, with wooden gates; the inner doorway has arch of four arches.