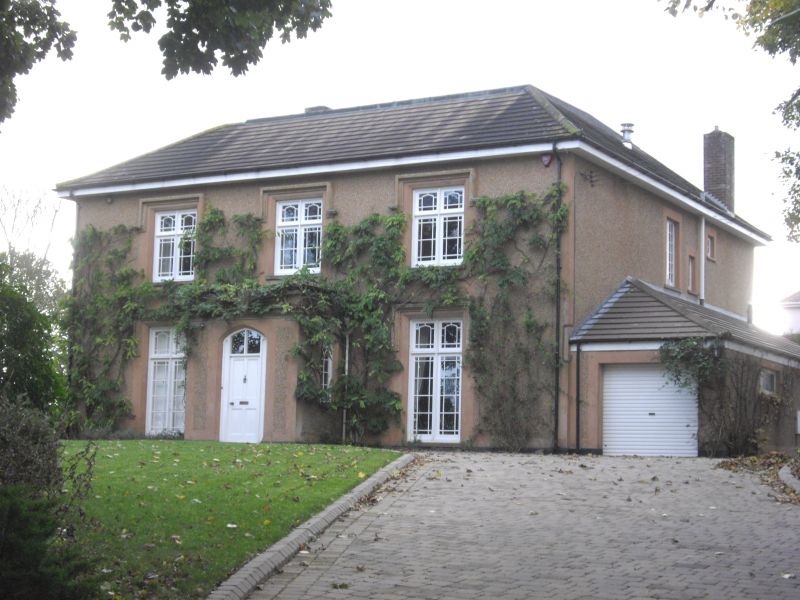 SAMPFORD PEVERELL HIGHER TOWN (south side)
ST 01 SW
Sampford Peverell
8/148 The Rectory
-
GV
II
Former rectory. 1836, built at the expense of the Grand Western Canal
Company in compensation for cutting through the grounds and demolishing
the south wing of the Old Rectory (q.v.). The architect was R Cornish.
Plastered stone rubble; stone rubble stacks with brick chimneyshafts;
red tile roof, possibly slate originally.
Plan: Double depth house facing north-west. There are 2 front and 2
back rooms. The front 2 are separated by the entrance hall and the
right (north-east) 2 rooms are separated by the staircase. The principal
rooms are those on the garden (south-west) front. The rooms are heated
by an irregular series of axial and lateral stacks. House is 2 storeys.
Tudor Gothic style.
Exterior: the entrance (north-west) front has a symmetrical 3-window
front arranged around the central doorway which is behind a flat roofed
porch with an outer Tudor arch containing a plank door with fanlight.
Porch has moulded Beerstone parapet with a shield over the outer arch.
There are flanking French windows in the same style as the first floor
timber mullion-and-transom windows. They have glazing bars which are
articulated as Tudor arch heads to each light. Also they have Beerstone
hoodmoulds. The roof is hipped each end. The garden (south-east) side
has a symmetrical 3-window front of similar windows. Here the outer bays
break forward a short distance.
Interior: not inspected although it is thought to contain original
joinery and other detail.
Source: Church Guide and Devon C19 Church Project.