A Grade I Listed Building in Abbey, Reading 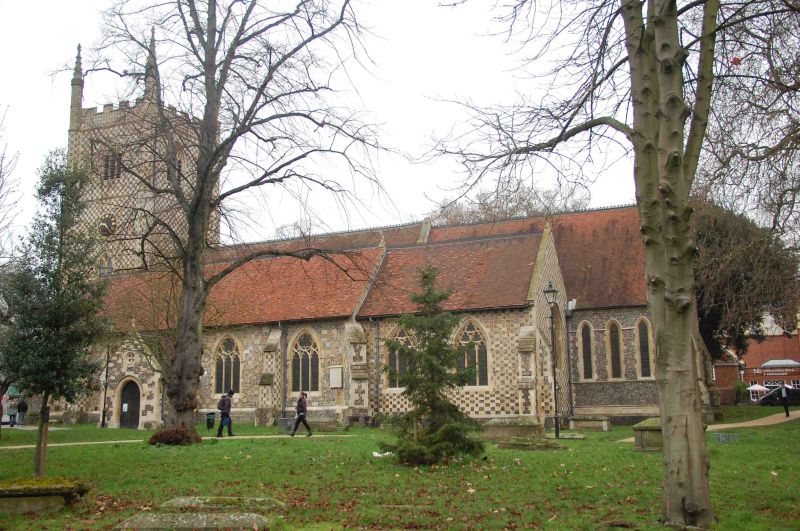 Church of England. Like St Laurence's, a Reading landmark. Nothing retains of the Norman Church except a doorway built into north wall. Built in distinctive materials: a chequerwork of quarry and quaternary flint and Taynton stone ashlar with tiled roofs.

The south aisle with projecting gabled porch in third bay is 5+2 (later) bays with dividing buttresses and Decorated-style tracery.

To north vestry projects with door to east and older polygonal turret with decorated cornice.