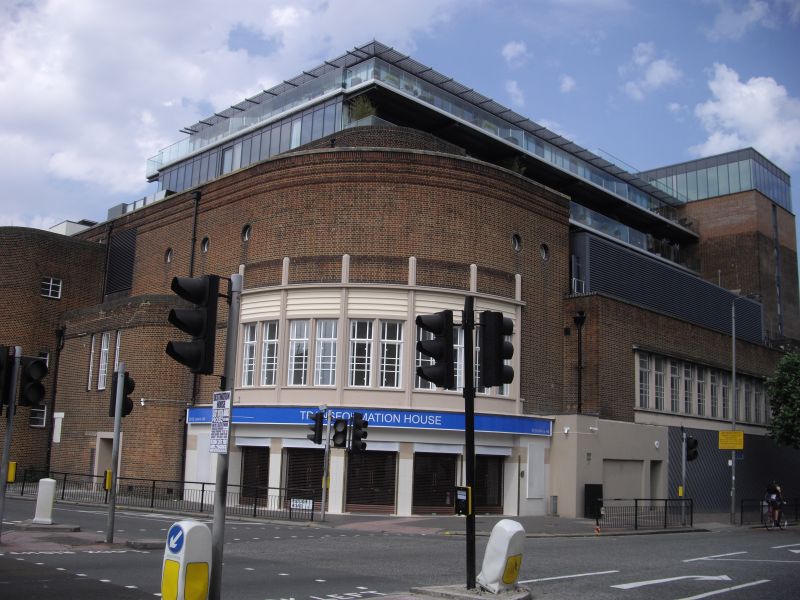 Interior. Simply decorated wind lobby leads to double-height foyer with galleries on two sides, stairs on the third side and mirrors between pilasters on the upper half of the fourth side - which gives an impression of greater space. Pilasters with composite capitals at upper level. Wrought iron balustrade to balconies and stairs. Ceiling divided by beams, suspended from which are elaborate double stage glass chandeliers whose shades have castellated tops. Upper level on auditorium side forms foyer to balcony with walls of arch-topped mirrors flanked by barley-sugar detached columns and niches. Large auditorium on two levels originally seated approximately 3,001 spectators, with elaborate classical decoration in fibrous plaster. Proscenium has triple superimposed pilasters with composite capitals, surmounted by an entablature and a frieze of scrolling acanthus leaves. Stage area now accommodates extra bingo tables, but remains separately defined, reached via steps. Ante-proscenium splay walls arranged as plinth, main storey and attic with acanthus decoration extended overall from the proscenium frieze. Plinths with coupled consoles of fish-scale decoration supporting decorated frieze at string level. Main storey treated as tripartite composition with central niches (flanked by twin half-columns under segmental pediments) filled with allegorical painted panels of classical female figures to symbolise music. Flank panels in openwork fibrous plaster mask ventilation grilles. Serpentine fronted balcony typical of Cecil Masey's work, the ends terminating in three rows of cascading 'loge' seating. Junction of ante-proscenium splay with balcony walls masked by angle features in the form of coupled round-headed niches divided by a pilaster and embellished with arabesques, masks of tragedy and comedy and with festoons in the tops. Balcony side walls with hexagonal ashlar blockwork in the plaster and three twin niches separated by colonettes with barley-sugar twists. Entrance to balcony via two vomitories against the side walls. Ceiling over front stalls area enriched with central roundel with arabesque decoration supporting large round light fitting with castellated shades as in foyer; flanking subsidiary roundels. Main ceiling over balcony with central attic section, all enriched with arabesque and scrolling acanthus. Original seating in balcony , with seat end standards enriched with classical decoration. Honeycomb decoration on rear balcony wall. Balcony soffit with coffering in rear section.

Included because of the exceptional elaboration and quality of the decoration by Komisarjevsky, the most remarkable designer of cinema interiors to work in Britain. This is his most ambitious surviving scheme in the clasical mode, and is outshone only by his two listed Gothic works- at Tooting (LB Wandsworth) and Woolwich (LB Greenwich). The interior represents the culmination in the genre of the sumptuosly decorated super cinema of the 1930's, a style celebrated by the promoter of this cinema, Sidney, later Lord Bernstein, as escapist and luxurious atmosphere most appropriate for a night out for the masses at the time.