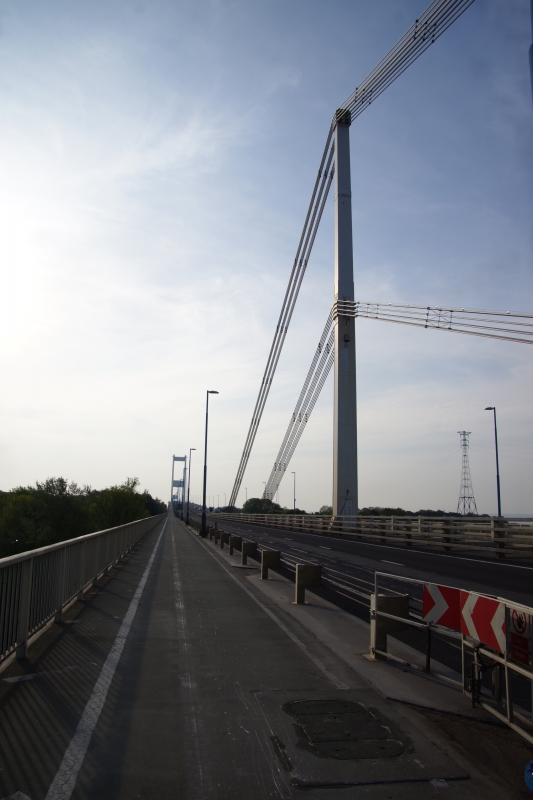 The Wye Bridge is a 408 metres cable-stayed bridge crossing the River Wye. Two pylons in central reservation, originally one cable each side of each pylon. Strengthened in 1987 (Flint and Neill): pylons increased in height and cable arrangement changed, doubling the number of cables. This has changed the appearance of the cable stayed bridge, but the general character has been maintained.

Both these bridges form part of a group with the Severn Bridge and has similar but not identical aerodynamically shaped deck of similar historical value. It includes probably the first post-war cable-stayed bridge in England (and Wales). With the Severn Bridge it was the first bridge in the world to have an aerodynamically shaped deck. It is also one of the earliest bridges of its type anywhere to use cables in only a single plane. The western end of the bridge is in Wales.

This entry was subject to a Minor Amendment on 10 November 2016.