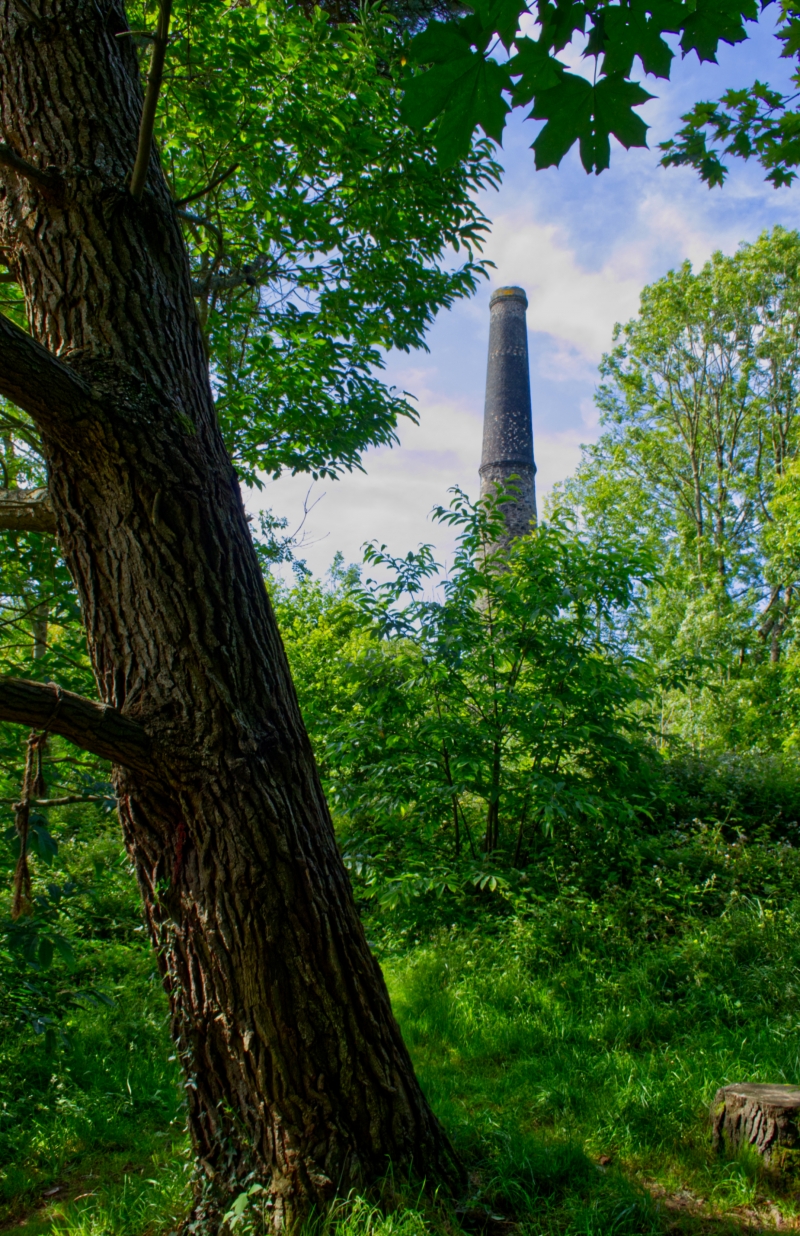 GV II
Chimney stack, one of two believed to have been associated with former arsenic
refinery. Probably mid to later C19. Uncoursed granite rubble and brick. Tapered
cylindrical form in 2 stages with chamfered brick cornices to both. Sited
downstream from South Crofty tin mine, and probably worked in association with
tin streaming on this site. Forms tenuous group with other chimney stack at SW
659 414, (q.v.).