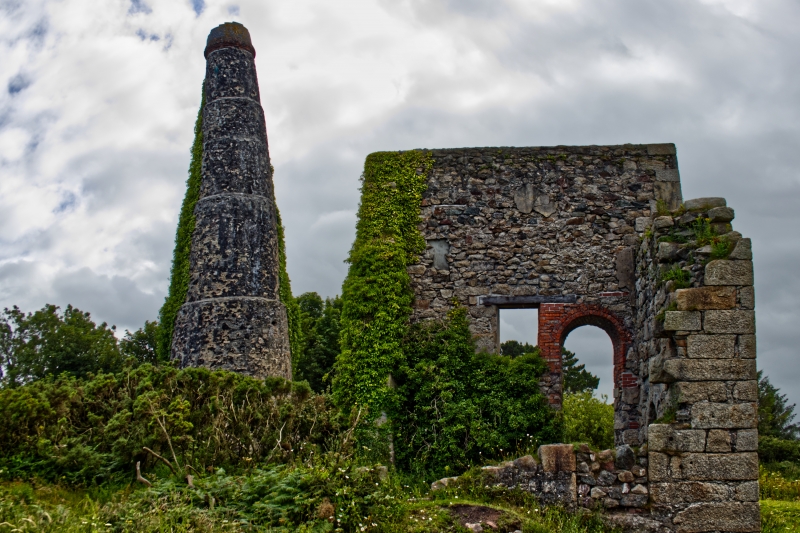 II
Chimney stack to former tin mine (perhaps Carn Brea Mine); now derelict. Early
C19 or earlier. Uncoursed granite rubble and some brick. Five short and strongly
tapered stages, successively set back, with jettied brick cornice to former brick
upper stage, of which only jagged remains survive. One of two chimneys of this
type in this list, the other being Pednandrea Chimney, Pednandrea, Redruth (q.v.).