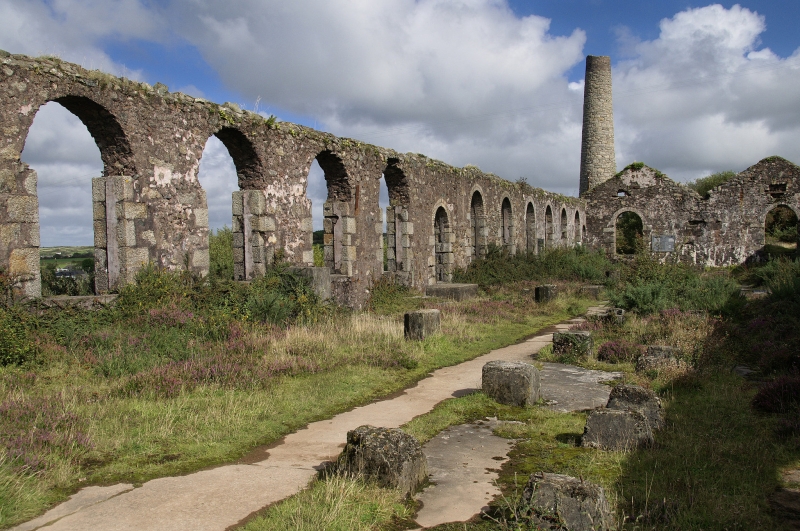 Vanner house to former tin mine, now derelict. c.1908, altered in 1930's. Mixed
granite and kilias rubble with granite quoins and brick arches to openings; roof
missing. Long rectangular building, approx. 48x12 metres, on east-west axis
parallel to former stamps on south side. Single storey; 13-bay north wall with
large round-headed window openings, doorways in centre and at left end. End
walls now twin gabled (altered to make 2-span roof in 1930's), that at east end
with one round-headed window in each gable and the other altered and damaged.
North side has some similar windows, and large rectangular opening in centre,
opposite engine house. Interior: concrete foundations for separators, classifiers,
etc. History: built as a late addition to tin-mining operations at Wheal Basset, to
house Frue Vanners for dressing ore. Now a relatively rare type of building, and
the central element of a group conspicuously sited on the northern slope of
Carnmenellis. Reference: Marilyn Palmer & Peter Neaverson The Basset Mines,
their History and Industrial Archaeology (British Mining No.32, 1987).