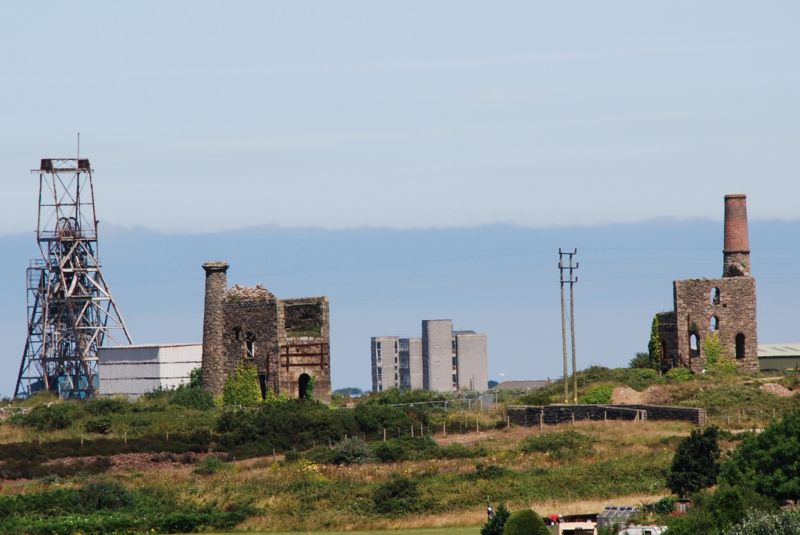 Winding engine house (or "whim") to former copper and tin mine; now derelict
and dilapidated. Probably early to mid C19. Uncoursed granite rubble with quoins,
bob wall of dressed granite blocks, brick arches to windows and brick upper
stage to chimney; now roofless. Rectangular plan on east-west axis, with bob
wall to west, remains of foundations of former winding drum in front of this,
chimney attached at north-east corner. Three stages, with round-headed openings
including driver's window in bob wall, with brick surround, 2 windows at ground
floor of south wall and one on each floor above, and one window on each floor
of rear wall; north side wall collapsed. Tapered cylindrical chimney stack with
cornices to both stages. History: Cook's Kitchen Mine was one of the earliest
mines in the area, known to have been working for copper in early C18, and also
one of the deepest (reaching 3000 feet), and most profitable; closed in 1913.
Reference: J.Trounson Mining in Cornwall Volume One (1985).
Forms prominent group with pump engine and chimney to the west (q.v.).