A Grade I Listed Building in Pendeen, Penzance, Cornwall 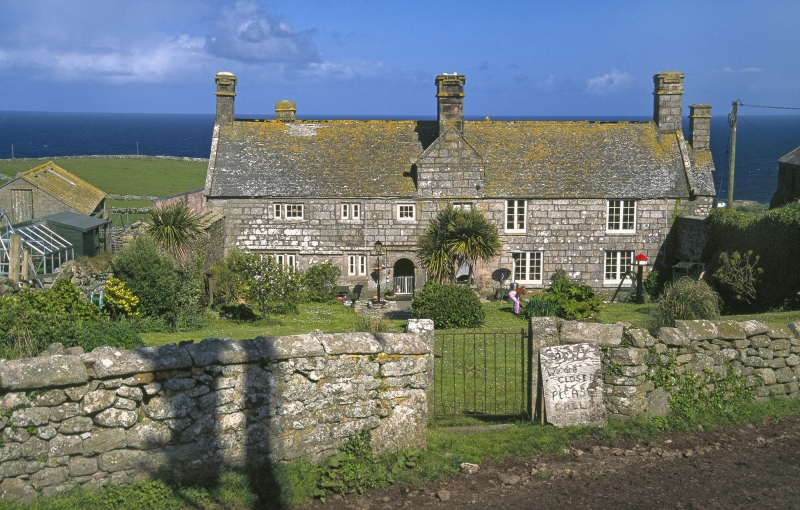 2.
C16, with alterations in 1670. A notable house built of wrought granite. 2 storeys.
The front of 1670, originally more or less symmetrical with 6 windows, those on
the left mullioned. Right hand portion of the later date and windows of different
character. Ground floor windows with dripmoulds to windows carried into side
of 4 centred doorway also with dripmould and carved spandrel. Right hand windows
of later character without dripmoulds. Angular arched buttress in centre of elevation
with ball ornament and dated ornamental pedimented parapet feature over. Very
uncommon crenellated chimney stacks to ends and centre of elevation. The gable
ends are finished with scrolled corbels. The other elevations all have features
of fine quality including gable ends, doorways and stone mullioned windows. Picturesque
court at rear.
The interior contains interesting plasterwork and fireplaces. The house is of
exceptional interest as an example of Cornish architecture. It is also the supposed
birthplace of Dr Borlase, the eminent Cornish antiquary in 1695.
Including garden wall to south-east, granite rubble, at various heights from 4
ft to 15 ft approximately, parts with granite coping.