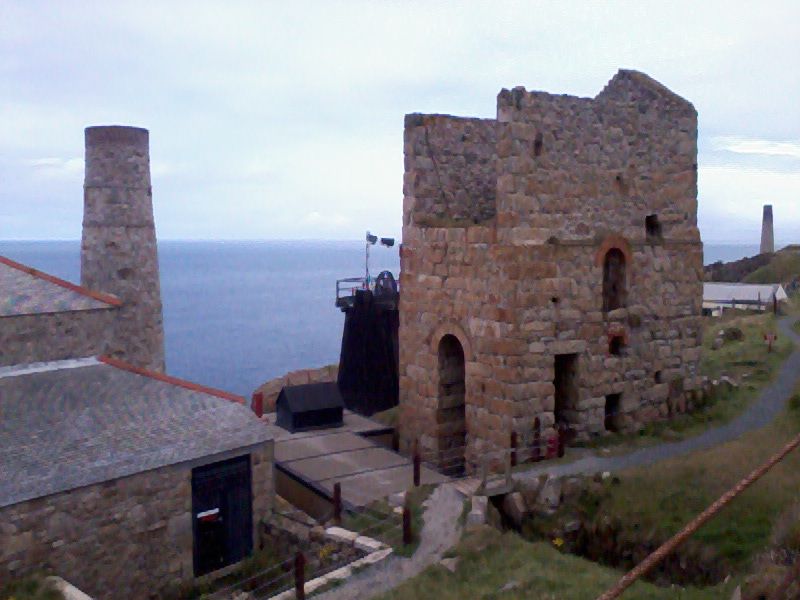 1840. Two granite buildings, one with hipped Delabole slate roof being the hoist
engine half with stunted circular stack at one end and is two storeys higher: the
other being the pump engine house, three storeys, roofless and one side open on 2nd
floor and (the latter probably incorporates older fabric). Former tin and copper
mine engine houses dramatically sited on edge of 200ft cliff. Extensive
galleries including submarine works. The hoist engine house has two doorways and
a 1st-floor sash window. The pump engine house has two doors, one arched, and various
small openings, one on the 1st floor arched.

Peak of copper production was 1900.
Scene of Cornwall's worst mining disaster in 1919 when 31 miners were killed and many
others injured as a result of a broken section in the Main Engine which was carrying the men up the shaft. Closed 1930. The oldest Cornish existing engine is preserved in the
hoist engine house (c.1840). It was the main engine for hoisting men, 1856 by Mackay,
replaced 1888 by horizontal 18" and 30" compound engine. National Trust property.