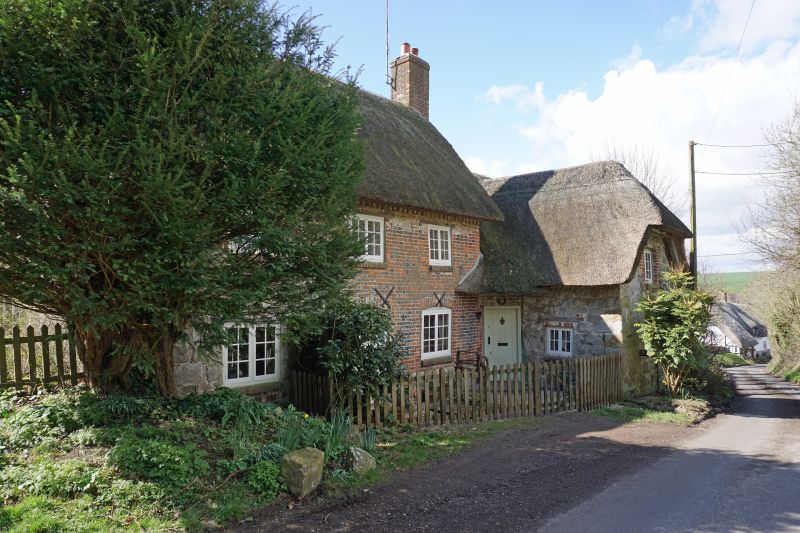 Two cottages at right angles. C17 and 1746. Sarsen blocks,
repaired and heightened in brick, thatched roof. No 75 comprises
end bay extension of Verger's Cottage and a 1-bay forward extension
to road. Verger's Cottage is of 3 bays, single-storey and attic,
raised to 2 storeys in 1746 (on datestone), and part of front
rebuilt. Central boarded door with thatched canopy. Timber paned
casement windows and brick dentilled eaves. Rebuilt stack at
junction of extension now part of No 75. Projecting oven at rear.
Gable end of extension underbuilt in C20, and above, exposed timber
framed truss and half hipped roof. Awaiting renovation March 1986.