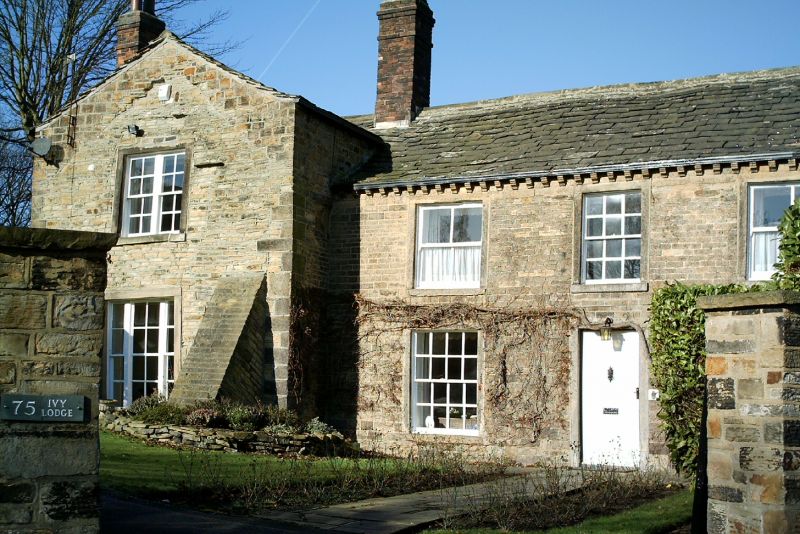 Interior: Evidence of some early timberwork at rear of house. Two
large cambered tie-beams to trusses are evident in upper rooms.
Mainly modernised.

Joseph Ismay, vicar of Mirfield, used the house as his vicarage from
1740 until his death in 1778. Also used by later vicars.